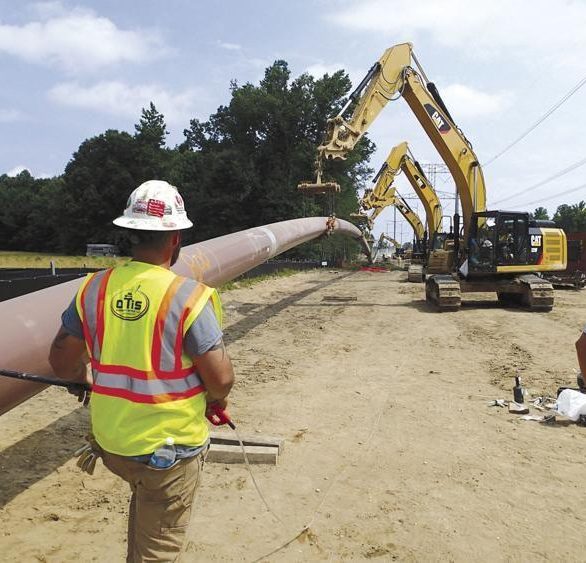 Pipeline builder Otis Eastern, headquartered in Wellsville, NY (western part of Upstate) has built a lot of pipelines throughout the northeast since its founding in 1936. In recent years the company has worked on a number of Marcellus/Utica projects, including Energy Transfer’s Mariner East 2 project and National Fuel Gas Company’s Marcellus Gas to Market project. Otis is selling itself for an undisclosed amount to a much larger company, Artera Services, LLC, based in Atlanta, Georgia. SOURCE 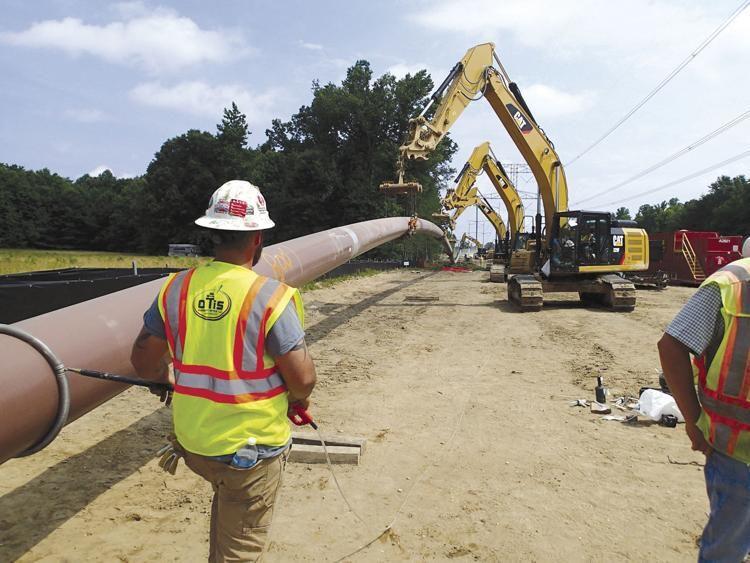 Pipeline contractor Otis Eastern Service of Wellsville will be acquired by Artera Services of Atlanta, a large provider of infrastructure services to natural gas and electric industries, in a deal announced Wednesday.

Otis Eastern has been in operation since 1936 as a contractor of pipelines for midstream and utility companies throughout the Northeast and Appalachian regions. The company employs about 600 and serves customers in seven states, with heavy activity in Pennsylvania’s Marcellus shale region.

Otis Eastern is the contractor on the Northern Access Pipeline, which is meant to carry natural gas from a collection point in McKean County up to a disbursement point in Niagara County. The project has been stalled by regulatory issues in New York state.

In a press release about the deal, Artera said Otis Eastern’s day-to-day operations will continue to be run by Casey Joyce, its president and CEO. Otis Eastern will maintain its headquarters in Wellsville, the buyer indicated.

“This combination with Otis Eastern provides Artera an opportunity to expand our geographic territory and sustain the existing long-term relationships with their customers,” said Brian Palmer, CEO of Artera Services. “Otis Eastern is a highly complementary fit with a shared commitment to safety and to high-quality, reliable services to its customer base, with a focus on recurring maintenance and repair work on existing infrastructure.”

Joyce, who will work closely with Palmer, said the agreement is a “great opportunity” to grow Otis Eastern’s business.

“Our company values align with Artera’s culture, and we are looking forward to what is next for our business,” Joyce said. “Our employees and customers will receive the same high-quality service they have come to expect now, and after the integration process.”

Simmons Energy, a division of Piper Sandler, served as the exclusive financial advisor to Artera, and Debevoise & Plimpton LLP is serving as legal counsel to Artera.

Artera, headquartered in Atlanta, reports $2 billion in revenues with work in 34 states. Artera employs more than 8,500 people throughout the United States and “has a focus on maintenance, replacement and upgrade of existing infrastructure.”

Otis Eastern is the second Artera acquisition in six months in what the company said reinforces its position as a provider of services to the natural gas and electric industries.

Otis Eastern traces ownership and operation by the Joyce family back to 1981, when the late Charles H. Joyce and his son acquired the company and built it into one of the leading pipeline contractors in the U.S.

The elder Joyce passed away in June 2013. Most recently, Charles “Charlie” P. Joyce has served as chairman of the board of Otis Eastern.

Over the years, Joyce has held leadership roles with numerous industry and labor groups, including the Pipeline Contractors Association, the National Pipeline Policy Committee, the Interstate Natural Gas Association of America and the Federal Energy Regulatory Commission.

He has also lent his time and talents to various political, educational, medical and charitable causes.

Casey Joyce, after graduating from Cornell University in 2009 with a degree in industrial and labor relations, worked his way up through the ranks, serving multiple roles with ever-increasing responsibilities. During his tenure with Otis Eastern, he has served as a project engineer, estimator, project manager, construction manager and general superintendent. SOURCE