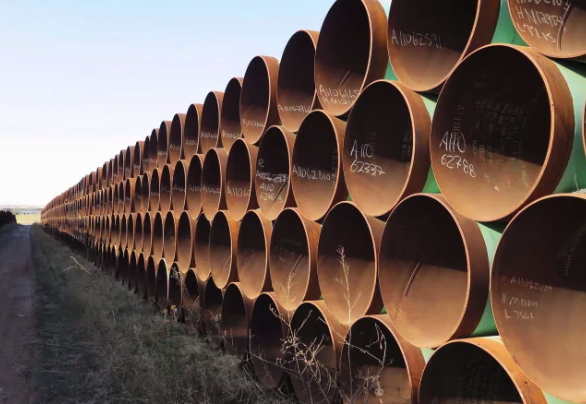 Michels Canada has been selected to build the Alberta portion of the Keystone XL pipeline.

The company based in Nisku, Alta., expects to start construction near Oyen this summer, and wrap it up near Hardisty in the spring of 2022. The Alberta portion of the TC Energy pipeline is approximately 260 kilometres.

“Michels Canada is pleased to be selected to build the Keystone XL pipeline project, which will bring with it thousands of good-paying jobs and economic benefits to local communities along the pipeline route,” Michels Canada president Dean Cowling said in a release. “We look forward to initiating construction this summer.”

The company — an energy and infrastructure contractor with locations across Canada — announced plans to hire 1,000 workers each year over the two-year construction period, with an emphasis on hiring locally as well as giving priority to qualified local and Indigenous businesses.

Premier Jason Kenney said the project is a good sign for Alberta.

“After several months of bleak economic news, it’s invigorating to see Alberta’s investment in Keystone XL begin to pay off,” Kenney said in a statement. “This will spur thousands more jobs and economic activity in associated trades, retail and hospitality services in communities along the route.”

Kenney said that overall, Keystone XL will support 17,000 Canadian workers, contribute $2.4 billion to Canada’s GDP and will generate an estimated $30 billion in revenues.

Construction recently began on the long-delayed project, which would carry oilsands crude into a system connected to refineries on the Gulf Coast. The UCP government has invested $1.5 billion in the project.

The Keystone XL project has been dogged by environmental protesters on both sides of the border, and recently came under attack from U.S. presidential hopeful Joe Biden, who promised to cancel the permit if elected.

“We have been working closely with our U.S. partners at the state and federal level to strengthen North American energy security and independence,” Kenney said. “The overwhelming consensus is projects such as Keystone XL will play a vital role in the post-pandemic economic recovery of both our countries.”

“Michels Canada has extensive experience constructing pipelines and major infrastructure projects in North America and were chosen based on their alignment with TC Energy’s core principles of safety, environmental stewardship and stakeholder engagement along with their construction expertise, financial strength and contract competitiveness,” Sillner said.