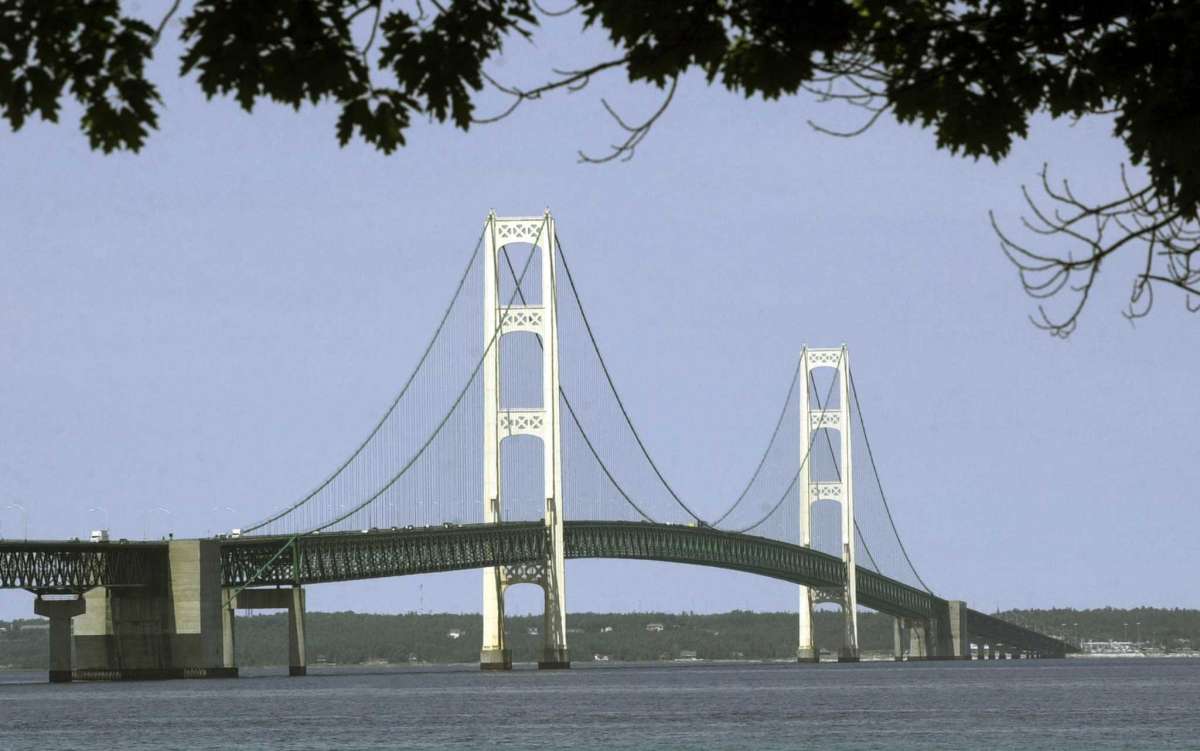 Michigan’s environmental agency said Friday it has approved construction of an underground tunnel to house a replacement for a controversial oil pipeline in a channel linking two of the Great Lakes.

The decision, a victory for Enbridge Inc., comes as the Canadian company resists Democratic Gov. Gretchen Whitmer’s demand to shut down its 68-year-old line in the Straits of Mackinac.

Enbridge disputes her claim — echoed by environmentalists and native tribes — that the pipeline segment crossing the 4-mile-wide (6.4-kilometer-wide) waterway is unsafe. But Enbridge had earlier sought to ease public concern by striking a deal with Whitmer’s predecessor, Republican Rick Snyder, in 2018 to run a new pipe through a tunnel to be drilled beneath the straits connecting Lake Huron and Lake Michigan.

The project requires permits from the state Department of Environment, Great Lakes and Energy and the U.S. Army Corps of Engineers. Liesl Clark, director of the Michigan agency and a Whitmer appointee, said the company’s application satisfied state legal requirements.

“We have issued permits designed to ensure that if a tunnel is constructed, it will be in strict compliance with relevant statutes and adhere to stringent protections against impacts to the Great Lakes,” Clark said.

Enbridge has pledged to cover all costs of the $500 million project, which it says will be completed by 2024.

The tunnel “will make a safe pipeline even safer,” spokesman Ryan Duffy said, describing the permit approval as “an important milestone” for a project “virtually eliminating the potential for any release from Line 5 into the straits.”

Environmental groups and tribes fighting to decommission Enbridge’s Line 5, which transports oil and natural gas liquids used in propane between Superior, Wisconsin, and Sarnia, Ontario, sharply criticized approval of permits for the tunnel. They say it would pollute waters, harm fish and damage shoreline wetlands while boosting use of fossil fuels that promote global warming, which Whitmer and President Joe Biden have pledged to fight.

“A huge disappointment,” said Liz Kirkwood, executive director of Traverse City-based For Love of Water, saying the decision was “directly at odds” with the logic behind Whitmer’s shutdown order and that legal challenges were likely.

State officials emphasized the tunnel project was a separate legal matter from the dispute over the existing pipeline, which was laid in 1953. The underwater segment splits into two pipes, 20 inches (50.8 centimeters) in diameter, stretched across the bottom of the straits.

Critics contend they are vulnerable to a rupture that could contaminate Great Lakes waters and shorelines, a hazard that became more urgent after a barge anchor was dragged across them in 2018, doing minor damage.

Whitmer last fall ordered a shutdown of Line 5 by May, saying Enbridge repeatedly had violated an easement allowing pipeline operations in the straits. The company is challenging the order in federal court and says it won’t comply.

Enbridge insists the lines have never leaked and remain in good condition. It has taken steps to prevent future anchor strikes and says the tunnel project would eliminate that danger.

Opponents then urged rejection of permits for the project. Engineers who studied the company’s application documents at the request of environmental groups said Enbridge hadn’t taken enough core samples and that uneven bedrock formations could lead to boring machine breakdowns.

They warned about potential collapse of the tunnel, methane leaks that could endanger workers, and bentonite clay used for lubrication and stability that could pollute the lakes and bottomlands if released.

Leaders of the state environment department said they hired a consulting firm with tunneling expertise to assist a nine-month review of Enbridge’s plans that included consideration of critics’ objections.

It found the project would have “minimal impact” on water quality and wetlands, said Teresa Seidel, director of the department’s Water Resources Division. State law didn’t allow for consideration of potential effects on climate change, she said.

One permit allows Enbridge to build the tunnel beneath submerged lands and to disturb wetlands on the north shore of the straits.

A second permit will regulate wastewater from the project, which will be treated at an onshore plant. About 1.4 million gallons (5.3 million liters) will be discharged daily into the lakes and will have to meet standards to protect fish and other aquatic life.

Enbridge must notify the state if the plant exceeds 65% of its operating capacity. If it hits 100%, construction work will stop.

The state Public Service Commission will decide whether to allow placement of the new pipe in the tunnel.

The project also needs a Clean Water Act permit from the Army Corps. Among issues for federal consideration is the recent discovery of a possible underwater Native American cultural site in the area of the pipeline. The state permit requires avoidance of damage to such sites.

But area tribes said the Whitmer administration hadn’t kept a promise to consult meaningfully with them and share relevant information.

While the decision itself is a letdown, “it is even more heartbreaking to say that this type of ‘rubber stamp’ approval without considering tribal treaty rights is something tribal nations are accustomed to,” said Whitney Gravelle, attorney for the Bay Mills Indian Community.