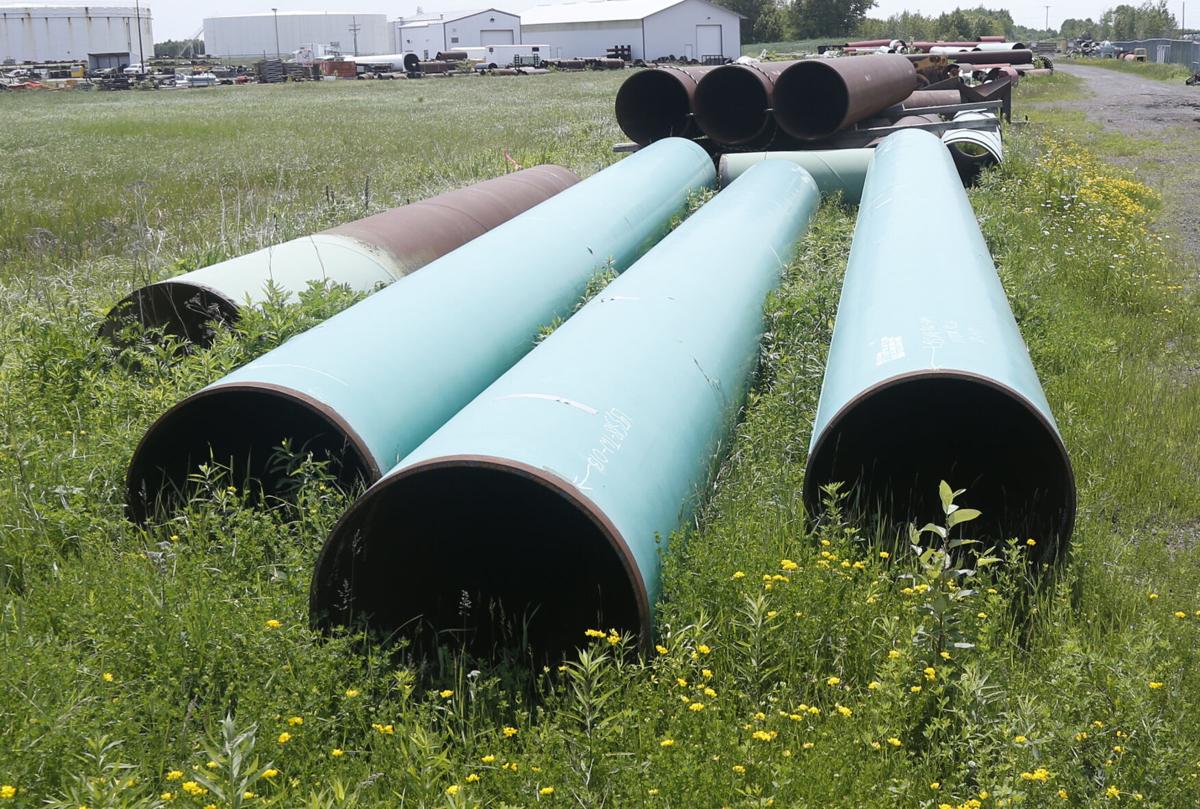 The Minnesota Pollution Control Agency granted a construction storm water permit for the project, which was the last hurdle that Calgary, Alberta-based Enbridge needed to clear after years of reviews and court battles. The U.S. Army Corps of Engineers and the independent Minnesota Public Utilities Commission gave their final approvals last week.

“This project has had the most extensive review in Minnesota history,” Gov. Tim Walz told reporters. He said his position all along has been that the state needed to follow the regulatory process, the law and the science.

The company and its supporters welcomed the decision, but opponents have vowed to keep up their fight.

“Construction can now begin,” Enbridge spokeswoman Juli Kellner said in a statement that didn’t specify when that would happen.

But Enbridge has signaled that the start could be imminent. The company notified landowners along the route via letters earlier in the month that it expected construction to “start on approximately November 30.” The company has previously said it expected the work to take about nine months.

“This is the culmination of six years of evidence and science-based review of the project,” Kellner said. “Line 3 is poised to provide significant economic benefits for counties, small businesses, Native American communities, and union members – bringing 4,200 family-sustaining, mostly local construction jobs, millions of dollars in local spending and additional tax revenues at a time when Northern Minnesota needs it most.”

But two tribes — the Red Lake and White Earth Bands of Chippewa — asked the PUC last week to stay its approval of the project, saying the influx of construction workers would put residents along the route at higher risk of COVID-19. A consolidated appeal by environmental and tribal groups is also pending before the Minnesota Court of Appeals.

Opponents say the project threatens spills in pristine waters where Native Americans harvest wild rice and that the Canadian tar sands oil it plans to carry would aggravate climate change.

“It’s unfortunate that Minnesota is issuing permits for an unnecessary tar sands pipeline during a global pandemic that is particularly hitting hard Native and non-native communities and fragile healthcare systems along the route even though the appeals process is still underway,” Winona LaDuke, executive director of Honor the Earth, said in a statement. “This is just reckless and irresponsible government that will have consequences for all sides.”

Margaret Levin, director of the Minnesota chapter of the Sierra Club, said the approval is “completely out of step” with the Walz administration’s stated goals of protecting communities and the environment.

“We will not allow the state’s reckless approval of this tar sands pipeline to go unchallenged and urge that any construction be stayed to allow the legal issues … to be fully considered by the courts,” Levin said in a statement.

Enbridge said replacing the deteriorating pipeline, which was built in the 1960s and runs at only half its original capacity, is the best option for protecting the environment while meeting the region’s energy needs. The company said it has instituted strict coronavirus testing and screening protocols for workers to protect them and surrounding communities.

“Thousands of our friends and neighbors across Minnesota look forward to using their construction skills to protect our environment and communities by replacing an existing deteriorating pipeline,” Joel Smith, president of the Minnesota and North Dakota council of the Laborers’ International Union of North America.

Line 3 begins in Alberta, Canada, and clips a corner of North Dakota before crossing Minnesota on its way to Enbridge’s terminal in Superior, Wisconsin. The replacement segments in Canada, North Dakota and Wisconsin are already complete, leaving only the 337-mile (542-kilometer) stretch in Minnesota. Altogether Enbridge expects to spend $2.9 billion on the U.S. portion.

“This project has faced years of scrutiny and unprecedented obstruction from Democrats and their allies,” Republican Minnesota House Minority Leader Kurt Daudt, of Crown, said in a statement. But he added that the process “ultimately” process worked.