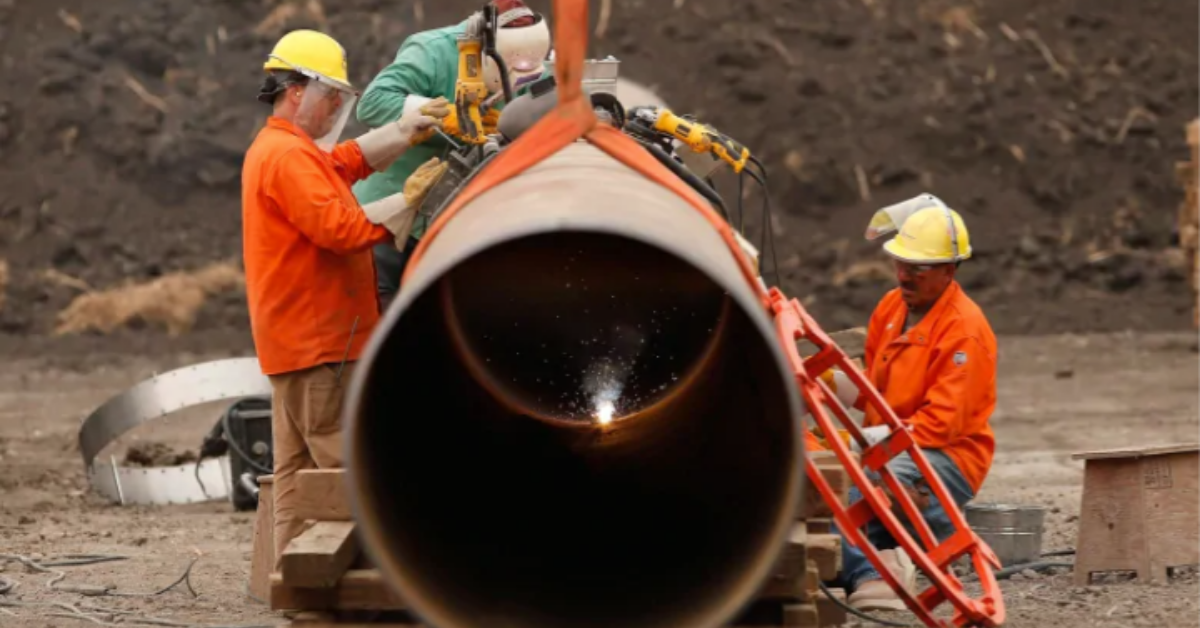 The approvals from the Minnesota Pollution Control Agency and Department of Natural Resources clear the way for the U.S. Army Corps of Engineers to issue the remaining federal permits, which is expected to happen fairly quickly. The MPCA could then approve a final construction storm water permit that’s meant to protect surface waters from pollutant runoff.

“The MPCA has used sound science and thorough analysis to ensure that necessary safeguards are in place to protect Minnesota’s waters,” Commissioner Laura Bishop said in a statement, adding that the certification “requires Enbridge to meet Minnesota’s extensive water quality standards instead of lower federal standards.”

Environmental and tribal groups have been fighting the project for years. They contend it threatens pristine waters where Native Americans harvest wild rice and that the Canadian tar sands oil it would carry would aggravate climate change.

“The science is clear that Line 3 would threaten Minnesota’s clean water and set back our state’s progress on climate at a time when we can least afford it,” Margaret Levin, director of the Sierra Club’s Minnesota chapter, said in a statement that raised the possibility of further legal challenges.

But Calgary, Alberta-based Enbridge welcomed the approvals, saying in a statement that it recognizes that the permit conditions required by the two state agencies “are essential for protecting Minnesota’s sensitive streams and wild rice waters.”

Line 3 — which runs from Alberta across North Dakota and Minnesota to Enbridge’s terminal in Superior, Wisconsin — was built in the 1960s, but it’s deteriorating and can run at only about half its original capacity. Enbridge says replacing it will allow it to move oil more safely while creating 4,200 construction jobs and generating millions of dollars in local spending and tax revenues. The updated sections in Canada, North Dakota and Wisconsin are already operating. But the Minnesota segment has been working its way through regulatory agencies and the courts for six years.

Still pending is a court appeal from the Minnesota Department of Commerce, which contends that Enbridge failed to conduct a legally adequate long-range demand forecast. The independent Public Utilities Commission, which is overseeing the project, has rejected that argument several times. The administration of Gov. Tim Walz has come under fire from Line 3 supporters for pursuing the challenge; now it faces criticism from opponents for Thursday’s approvals.

“It’s clear now that Gov. Walz’s wish for Line 3 to have ‘a social permit’ was all talk and no action. This is a deeply unpopular pipeline that is a disaster for our climate, and it will be fought every step of the way,” said Andy Pearson, Midwest Tar Sands Coordinator for the climate change group MN350.

The regional council of the Laborers’ International Union of North America, one of the unions whose members would build the project, said in a statement that it expects construction to begin next month. Enbridge spokeswoman Juli Kellner wouldn’t confirm that date but said the company plans to begin construction as soon as it has the final authorization and permits in hand. Construction would then take six to nine months.