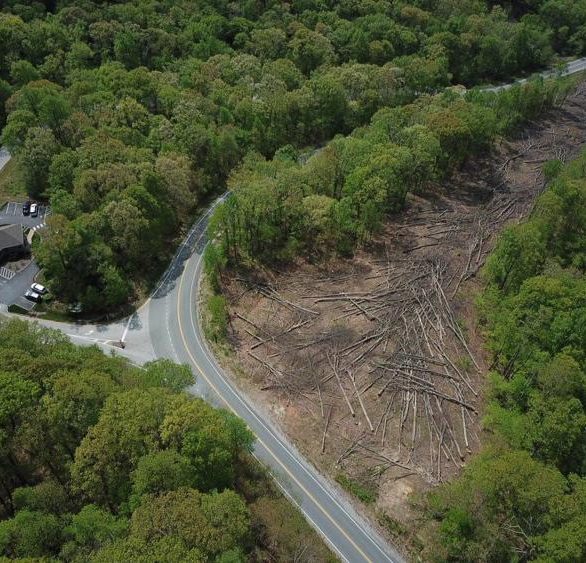 Mountain Valley Gets Another Approval For Pipeline Construction

Mountain Valley Pipeline gained another 17 miles Thursday in its quest to complete construction of the natural gas pipeline by the end of next year.

The Federal Energy Regulatory Commission approved the company’s request to resume work on a stretch of the 303-mile pipeline that passes through Giles and Craig counties, between two sections of the Jefferson National Forest.

In 2018, an appellate court threw out a U.S. Forest Service permit for the buried pipeline to cross 3.5 miles of the forest.

FERC then issued a stop-work order for an approximately 25-mile segment of the pipeline, from where it enters the national forest atop Peters Mountain on the Giles County-West Virginia line, then runs through private property before re-entering a second part of the forest in Montgomery County.

The buffer zone created by FERC was intended to prevent muddy runoff from construction zones on private land from being washed into adjacent federal woodlands.

But in a 2-1 decision Thursday, the commission ruled that Mountain Valley had presented sufficient evidence to show that resuming work on a 17-mile segment of the pipeline on private land would not harm the forest.

“That is a serious mistake,” commissioner Richard Glick wrote in a strongly worded dissent.

Glick noted that Mountain Valley has yet to get renewed approval to pass through the national forest, and that other permits involving stream crossings and the protection of endangered species have been tossed out on appeal.

“Given the MVP permits’ checkered litigation record, we should not authorize MVP to commence piece-meal construction, including construction affecting a national forest, before it has all the permits needed,” he wrote.

During the pipeline’s troubled three-year construction history, FERC has at times allowed work to proceed on one segment while it was barred on another because of a suspended permit.

“It is that kind of hand-waving analysis that has earned the Commission a reputation for ‘rubber stamping’ interstate natural gas pipelines,” Glick wrote.

In recent months, Mountain Valley has either regained or is on track to regain most of the permits struck down earlier by the courts, who have sided with environmental groups concerned about the damage caused by building such a large pipeline along steep mountain slopes.

Currently, the joint venture of five energy companies is prohibited from working on most of the nearly 1,000 crossings of streams and wetlands, and on the 3.5 miles of the pipeline that pass through the Jefferson National Forest.

FERC’s latest approval of another 17 miles in the former buffer zone allows Mountain Valley to resume work there “within the constraints of winter weather conditions and in compliance with all environmental regulations and guidelines,” company spokeswoman Natalie Cox wrote in an email.

The route includes the village of Newport in Giles County, which the 42-inch diameter pipeline will run directly through.

In earlier decisions, FERC has said a guideline that prevents work on a pipeline until all of the necessary permits are in place only applies at the beginning of construction, and if some permits are later suspended that does not have to bring the entire project to a halt.

Mountain Valley has long struggled to control erosion and sedimentation caused by the $6 billion construction project, which it says is needed to provide natural gas to markets along the East Coast.

Wild Virginia, one of the environmental groups fighting the pipeline, said FERC’s latest decision allows the resumption of “destruction on more areas near our national forest.”

In a statement, the group said the agency “has again thumbed its nose at the law and shown utter disregard for common sense and the public good.”