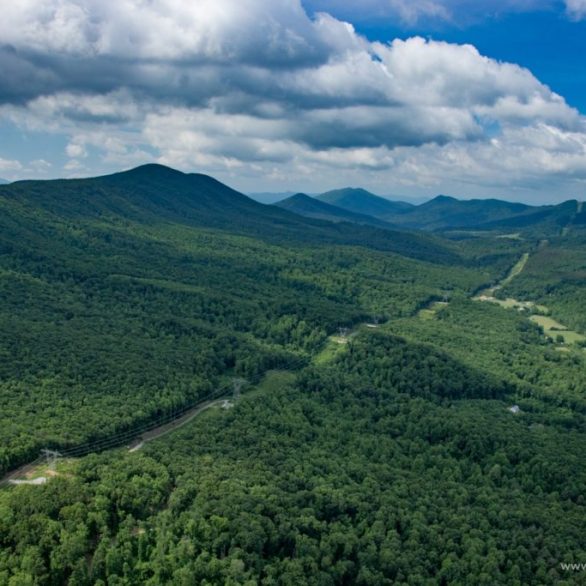 Mountain Valley Pledges Up To $19.5 Million to Conserve Land Along Appalachian Trail

The company that plans to burrow a natural gas pipeline under the Appalachian Trail is pledging up to $19.5 million to conserve land in other spots along the footpath’s route through Virginia and West Virginia.

Mountain Valley Pipeline on Monday announced what it called a voluntary “stewardship agreement” with the Appalachian Trail Conservancy and The Conservation Fund.

More than a year ago — when the pipeline’s path across the Appalachian Trail was still in question — Mountain Valley initiated contact with the two groups, “seeking assistance to identify and develop sustainability efforts that would complement MVP’s infrastructure project,” a joint news release stated.

Concerns about the pipeline’s impact on the trail and surrounding views led to talks about how Mountain Valley could help with the purchase of high-priority land near the 2,000-plus-mile footpath.

“Those tracts will enhance the Trail hiker experience and protect views from numerous vantage points,” according to the news release, which called the gift the largest of its kind for a single region in the conservancy’s history.

Mountain Valley plans to bore 80 feet under the trail, creating a tunnel for a 42-inch diameter steel pipe that will channel natural gas at high pressure from the Marcellus and Utica shale formations to markets along the East Coast.

In June, a decision by the U.S. Supreme Court cleared plans for the pipeline to pass under the trail at the top of Peters Mountain, where it will cross the state line into Giles County on its way through Southwest Virginia.

Although construction is currently stalled by multiple legal challenges — brought by environmental groups who say the project will scar the landscape, pollute streams and kill endangered species — Mountain Valley says it expects to regain suspended permits in time to finish the 303-mile pipeline by early next year.

With Monday’s announcement, Mountain Valley sought to establish some common ground between a commercial venture and the grassroots opposition it has faced for six years.

“This conservation partnership is a great example of how sets of interests, naturally presumed to be in competition, may work collaboratively to serve compelling societal needs,” Mountain Valley spokeswoman Natalie Cox said in an email.

In 2017, when the U.S. Forest Service allowed Mountain Valley to cross through 3.5 miles of the Jefferson National Forest that included the Appalachian Trail, trail officials expressed concerns about the plans.

On Monday, Downs called the agreement “the best possible outcome for the trail.”

“This is a recognition that there is a lot of conservation work that remains to be done,” he said. “This kind of contribution can have a real, positive impact on the trail experience.”

Both Downs and Cox said the agreement was made independently of decisions by several federal agencies, which are currently considering renewals of permits struck down by legal challenges.

In giving a green light for the pipeline to cross through federal woodlands, the Forest Service did not account for grave concerns about the amount of erosion and sedimentation to be generated by burying the pipe along steep mountain slopes, a federal appeals court ruled in throwing out the permit.

The Forest Service plans to decide by the end of the year whether it will reissue the permit.

“Ensuring that lands around the Appalachian Trail are conserved and connected is not only essential to protecting the most famous hiking trail in the world but also critical to preserving a wide variety of additional values,” Laura Belleville, the Appalachian Trail Conservancy’s vice president of conservation and trail programs, said in the release.