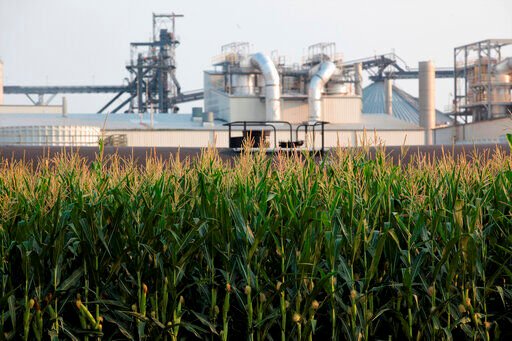 A natural gas power plant project in eastern Virginia has been scrapped, a month after plans for a pipeline running through five counties to fuel it were put on hold following a regulatory ruling, and amid opposition by residents and environmental groups.

Chickahominy Power LLC announced that the plant project development effort in Charles City County “has been terminated,” with plans to relocate the project in Ohio, West Virginia or both.

The power plant would have burned natural gas funneled through a proposed 83-mile (134-kilometer) pipeline going through Louisa, Hanover, Henrico, New Kent and Charles City counties to generate electricity, news outlets reported. The electric power would have been sold in a wholesale market of several states.

Chickahominy Power’s statement, released on Thursday, said “opposition from outside interests and regulations, largely advanced by the renewable energy industry and state legislators that supported them, made it impossible to deliver natural gas to the site.”

Chickahominy Pipeline paused the pipeline last month after the Federal Energy Regulatory Commission upheld a decision by regional transmission organization PJM to remove the plant from its permit queue for failing to meet milestones for completion.

Wanda Roberts with Concerned Citizens of Charles City County, which opposed the operation, said the news was “like a hundred-pound weight dropped off our shoulders.” Local residents and environmental groups were worried about negative effects on the environment, particularly pollutants created when the natural gas is burned.

The pipeline and plant were “completely unnecessary and totally unwelcome from the start. We celebrate the years of efforts by grassroots activists in Charles City County and across the state in achieving this momentous victory,” Jorge Aguilar, the southern region director for Food & Water Watch, said in a news release.