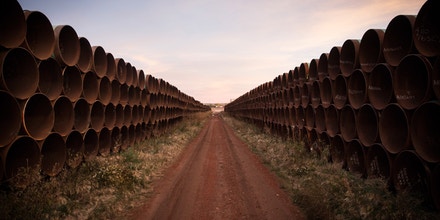 LINCOLN, Neb. (AP) — Opponents of the Keystone XL pipeline are asking the Nebraska Supreme Court to reconsider its ruling that upheld state regulators’ decision to approve the project.

Attorneys for the opponents filed a motion Thursday for the court to rehear the case.

They say TC Energy, formerly known as TransCanada, acknowledged in a separate federal lawsuit in Montana that the pipeline route approved by Nebraska regulators wasn’t one the company wanted and that the company hadn’t proposed it as a serious option.

Brian Jorde, an attorney for the opponents, says those comments run contrary to what the company’s attorneys argued before the Nebraska Supreme Court. TC Energy argued in Nebraska that the so-called mainline alternative route was a legitimate option.