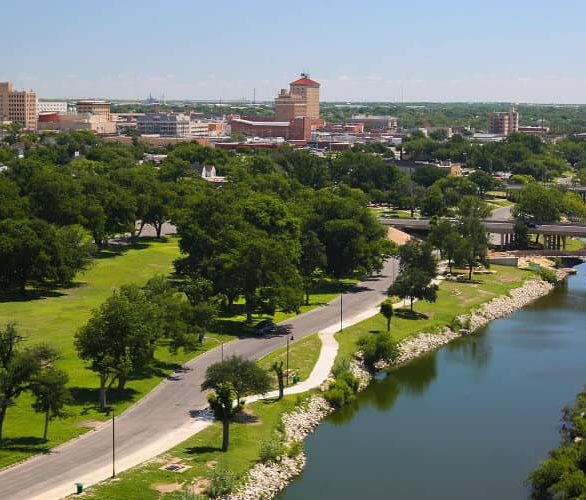 The proposed 626-mile pipeline would transit much of the Concho Valley.

Tellurian Inc. hopes the proposed Permian Global Access Pipeline will be transmitting 2-billion cubic feet of natural gas per day from West Texas to the Lake Charles area by late 2023 or early 2024.

The project is being engineered with an eye on transmitting 2-billion cubic feet of natural gas per day from West Texas to the Lake Charles area by late 2023 or early 2024.According to Joi Lecznar, Tellurian’s vice president for public affairs and communication, the concept was proposed in 2017 as part of the company’s wider strategy to form a $7 billion pipeline network along with the proposed Driftwood Liquified Natural Gas Terminal in Louisiana.

The pipeline proposals are expected to create about 15,000 jobs during the construction phases, according to Tellurian.

If everything goes according to plan, the pipeline should be a modern marvel of engineering, and Lecznar said planners have carefully selected a path that will have minimal impact on forests, wetlands, and developments along the shortest possible route.

Along the entire length, the preferred route would cut through 257-miles of open land, 137-miles of agricultural land, 80-miles of developed land, 151-miles of forest and 1 mile of open water with 80 water crossings. (Photo: Contributed / Tellurian)

According to initial regulatory filings, the proposed route would require 253-miles of new right-of-way while using 373-miles of adjacent existing right-of-way corridors.

Along the entire length, the proposed route would cut through 257-miles of open land, 137-miles of agricultural land, 80-miles of developed land, 151-miles of forest and 1-mile of open water.

This includes 80 perennial waterbody crossings, 19 of which are major crossings of 100-feet or more. The path includes three designated natural and scenic river crossings, and 24 ponds.

The proposed Permian Global Access Pipeline would cross Spring Creek in Irion County just east of US Highway 67 and south of Farm-to-Market Road 72. (The Dove Creek label on the map is a mistake acknowledged by the company.) (Photo: Contributed / Tellurian)

Wetlands impacted by the pipeline are estimated at only 158 acres.

After crossing the Pecos River at the border of Pecos and Crane counties, the pipeline would next encounter a waterway in Irion County, and will require three crossings that provide water to local municipalities.

The first, a transit of Spring Creek near US Highway 67 just south of Farm-to-Market Road 72 and Sherwood, which would lead to another crossing a few miles later at Dove Creek in Tom Green County, close to Farm-to-Market Road 2335, and then onto a crossing of the South Concho River near Camp Seider.

According to Lecznar, engineering specifics are being worked out, and she expects more details about river crossings to be available when the company releases Resource Report No. 2, which she anticipates later this year.

Long-term planning calls for engineering and design of the project to be completed by 2021 with the beginning of right-of-way procurement and materials acquisition.

Lecznar said the preliminary design specifications call for pipeline materials and appurtenant structures that have been engineered to exceed industry standards in many instances, with an eye on preventing any unauthorized releases over an extended service life.

According to information from Tellurian, the “P-GAP” pipeline will:

According to Tellurian, gas control will monitor the pipeline around the clock and with full control of the pipeline.

Additionally, the seam of each joint will be completely examined through non-destructive testing.

Additionally, pipe manufacturing facilities will be inspected for quality assurance and quality-testing programs prior to being allowed to bid as a supplier for the project. Inspectors will be present as pipe is manufactured, handled, stored and loaded for shipping. Additionally, inspection will be present throughout construction, installation and placing the pipeline in-service.

An in-line deformation run will be performed after completion of the hydrostatic testing to identify and address any potential defects.