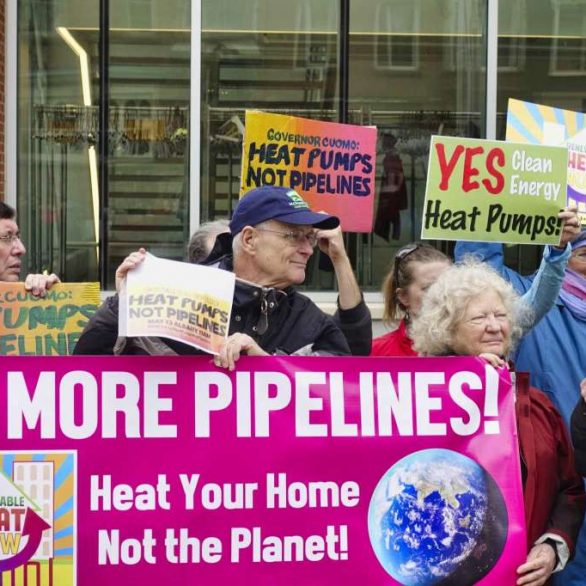 The state Department of Environmental Conservation intends to keep fighting against a planned gas pipeline that would terminate in Schoharie County, even though the agency’s 2016 denial was overturned last month by a key federal agency.

“The New York State Department of Environmental Conservation (DEC) ‎disagrees with FERC’s decision that, once again, sides with the fossil fuel industry over protecting our environment. DEC will continue to vigorously defend our decision and our authority to protect New York State’s water quality resources,” the agency said in a prepared statement following the Federal Energy Regulatory Commission’s decision in August.

In that decision, FERC ruled against the DEC because it had taken more than the specified one-year period to respond to the Williams Partners’ application for water permits to cross dozens of streams along its proposed route. The federal agency took its cue from a federal district court in Washington D.C., which also concluded that the state should have responded during the allotted time frame.

The Tulsa, Okla.-based pipeline firm wants to build a 125-mile-long, 30-inch natural gas line from Marcellus Shale gas fields in northern Pennsylvania to Schoharie County. The line would have the capacity for about 3 million homes. The company says it can help shield New Yorkers from price swings in gas.

Williams spokesman Christopher Stockton said this isn’t the last hoop facing the pipeline project. The project still needs a green light from the U.S. Army Corps of Engineers and a final approval from FERC as well as Pennsylvania regulators.

“By failing to act on Constitution’s Section 401 application within the maximum statutory timeframe of one year, NYSDEC waived the Section 401 water quality certification requirements,” Stockton said in a prepared statement.

“The Constitution project continues to represent much-needed energy infrastructure designed to bring natural gas to a region of the country confronting natural gas supply constraints that have resulted in some of the highest consumer energy prices in the country.  The project sponsors are evaluating the next steps for advancing the project.”

The dispute is one of several battles over natural gas line proposals in New York. Environmentalists opposed the new lines, with some saying that they would simply extend dependence on fossil fuels at a time when New York is trying to switch to cleaner energy sources.

Proponents say that the natural gas, including that which is fracked in neighboring Pennsylvania, is cleaner than alternative fuels such as oil or coal and it is cheap and plentiful.

In fracking or hydrofracking, drillers go deep into the earth and use pressurized mixtures of water and special chemicals to unlock gas deposits that lie the complex and intricate fissures deep below the surface. The practice is banned in New York, however due in part to worries about how hydrofracking impacts underground water supplies.