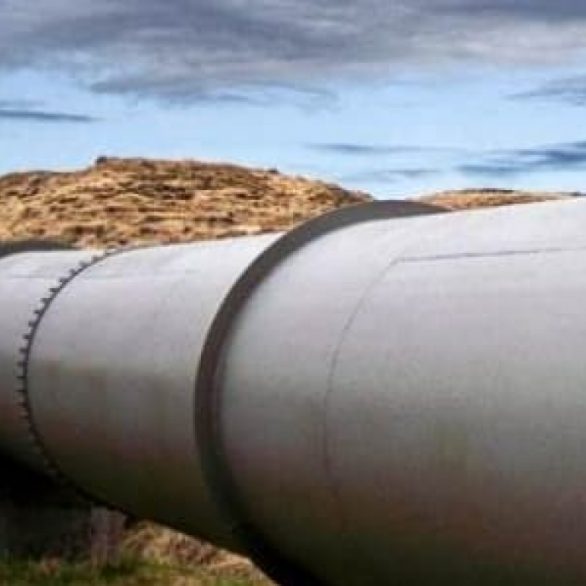 A 359,000-member pipe fitting and plumbing union is throwing its weight behind presumptive Democratic presidential nominee Joe Biden in the race for the White House, despite the former vice president’s opposition to the Keystone XL pipeline.

The endorsement from the United Association of Union Plumbers and Pipefitters – UA for short – comes as Biden and his running mate, Sen. Kamala Harris, D-Calif., are set to formally accept the Democratic nomination this week.

Mark McManus, UA’s general president, acknowledged that his union doesn’t see eye to eye with Biden on every issue but said Biden is a longtime labor ally who wants to invest millions of dollars in water infrastructure projects that would employ its members.

“Looking at the whole gamut of what the United Association does, the many tentacles that we have, the many issues in front of us for the next four years, we strongly endorsed” Biden, McManus said in an interview.

In a statement, Biden said he was “deeply honored” to get the endorsement.

“I promise you this: if I’m elected, workers and unions will have the strongest friend they have ever had in the White House,” he added.

In May, Biden’s campaign announced that as president he would rescind permits issued by President Donald Trump authorizing the controversial Keystone XL pipeline. One of Trump’s first acts in office in 2017 was to revive the both the Keystone and Dakota Access pipelines, saying the jobs they would create would be a boost to the economy.

The pipe fitters union was among several labor groups that lobbied the Obama administration to little avail for it to allow Keystone XL to be completed.

Last month, Biden released the most extensive plan for combating global warming from a major-party candidate to date, aiming to eliminate greenhouse gas emissions from power plants by 2035.

He did not call for an outright ban on oil and gas extraction on state or private land, instead choosing to weigh a project’s contribution to climate change on a case-by-case basis when it needs federal approval.

And unlike some other Democrats that Biden beat in the primary, he supports investing in both the next generation of nuclear reactors and systems to capture and store carbon dioxide before it reaches the atmosphere – both nascent technologies with potential to employ UA workers.

The UA credited the Obama administration with providing a federal loan guarantee to cover part of the construction cost for building two new reactors in Georgia.

McManus, meanwhile, suggested Trump was mostly talk when it came to infrastructure spending, especially since the GOP had full control of Congress for two years.

“Donald Trump said that he was going to have the biggest, hugest infrastructure package America has ever seen,” McManus said. “We’ve waited four years. We’ve come up with zero, quite frankly.”

The Biden campaign sought input from building trades union in crafting its climate plan so as not to alienate blue-collar workers Democrats sees as key to winning swing states.

Close to 80,000 active UA members – or about a quarter of the union’s U.S. membership – are based in eight battleground states: Colorado, Florida, Iowa, Michigan, Minnesota, Ohio, Pennsylvania and Wisconsin.

The endorsement from UA, which backed Obama in 2012 and Hillary Clinton in 2016, further cements Biden’s support from labor groups, which he has heavily courted.

Biden also won the backing of the International Brotherhood of Electrical Workers, representing electrical industry workers, as well as of the AFL-CIO, the nation’s largest labor union coalition.

Even if Trump wins reelection, some major oil pipeline projects may still struggle to move forward.

This year, the Keystone XL and Dakota Access conduits faced a round of legal defeats as environmental activists seek to delay the projects in the courts.