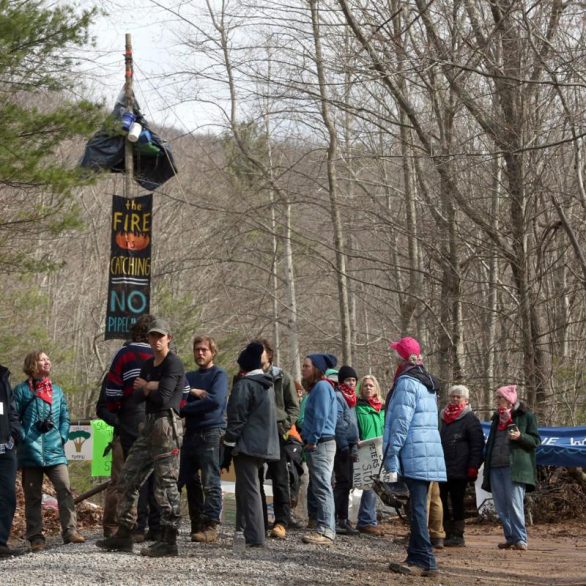 A protester who threw water on two Mountain Valley Pipeline workers ended an appeal of assault convictions Monday, pleading guilty and accepting a suspended jail sentence and an order to stay away from pipeline property — and out of Virginia — for two years.

Evin Tyler Ugur, 23, of Worcester, Massachusetts, faced an assortment of minor charges in Montgomery County courts after joining protests of pipeline construction. Last year, Ugur was convicted in the county’s General District Court of two counts of assault after throwing water at two workers during a July encounter at a construction access near Yellow Finch Road.

Ugur was sentenced to 20 days in jail but stayed free while appealing the convictions in Circuit Court.

On Monday in Circuit Court, Ugur pleaded guilty to both counts of assault in an agreement that dropped other charges still pending in General District Court. Ugur was left with a 180-day jail sentence, with the entire term suspended for two years.

During that time, Ugur must stay at least a mile away from any Mountain Valley Pipeline construction site, right-of-way or other property, and can’t have any contact with the two workers involved in the July incident.

After the hearing, attorney Will Clemons of Christiansburg, who represented Ugur on the General District Court charges, said his client was glad to end the legal proceedings.

“I think Evin just wants to get back to Massachusetts,” Clemons said.