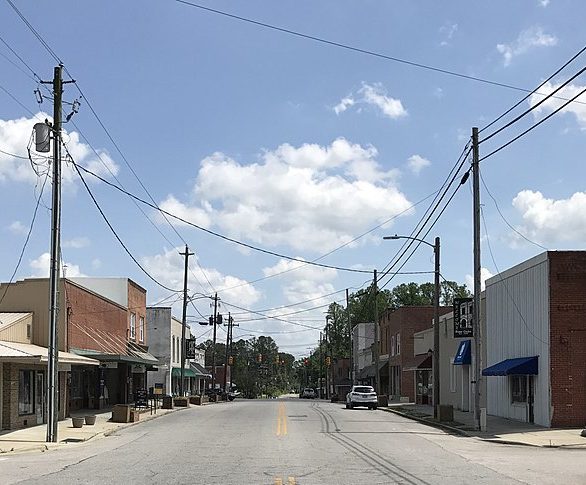 Pipelines supporters from affected North Carolina communities have had enough of environmental activists and political elites standing in their way.

Atlantic Coast Pipeline (ACP), a $7 billion, 600-mile pipeline that will stretch from West Virginia into North Carolina, is facing an existential threat by leftist environmentalists. The project is stalled waiting on an appeal before the U.S. Supreme Court, filed last week. If you bother to search through Federal Energy Regulatory Commission (FERC) filings on the project, you’ll notice a number of protests filed by Big Green groups and their well-organized supporters. What you don’t see nearly as much are passionate letters from pipeline supporters. We have one–a big one.

The mayors of six North Carolina cities wrote an open letter to “federal regulators” in support of ACP. The letter points out that most of the critics of the project, most of those attempting to block it, are not from the region of North Carolina where the pipeline will get built. This pipeline will benefit, enormously, residents in eastern North Carolina. These mayors represent thousands of constituents in that region.

One always hears from mouthy antis–who seem to have outsized influence for their relatively small numbers. Yet, we rarely hear from the common folk who support energy projects like ACP. We like to point it out when we notice such support. It’s a joint letter from six North Carolina mayors to FERC and here it is (emphasis added):

Four Oaks, NC – The mayors of six cities and towns across eastern North Carolina today released an open letter urging federal regulators to allow construction of the Atlantic Coast Pipeline to resume as soon as possible. Construction of the project was temporarily halted last December to allow additional court review of two federal permits. In the open letter, the mayors explain the vital importance of the Atlantic Coast Pipeline to the economic and environmental future of their communities.

For more than four years elected leaders from across eastern North Carolina have steadfastly supported the Atlantic Coast Pipeline. We believe this is a once-in-a generation opportunity to revitalize our economy and breathe new life into our communities.

Ever since the Atlantic Coast Pipeline was proposed, our communities have seen renewed hope in the future. The project promises living wage jobs for thousands of local construction workers and opportunities for many of our residents to learn a new vocation. It’s bringing millions of dollars in new business for local companies, from equipment dealers and construction suppliers to local hotels and restaurants. Local contractors that once traveled hundreds of miles for new business now have opportunity at their doorstep.

The ACP has also allowed us to start recruiting new industries to create local jobs and grow our economy. Our economic development offices have sent out the word that eastern North Carolina is once again open for business, and the word is spreading. We’re seeing renewed interest in our region, with existing businesses thinking about expansion and new economic prospects knocking at our door. We also see the promise of millions in new tax revenue from the pipeline as a way to support our public schools, enhance our community services and lower the tax burden on our citizens.

We not only see economic opportunity, but also environmental progress. The pipeline is being built to help our region move away from coal and toward cleaner natural gas. That will mean fewer emissions in our communities and less carbon in the atmosphere. It will also provide the reliable backup energy we need to build more renewables like solar and wind.

For four years, we have spoken with a unified voice in support of this project and the brighter future it will help build for our region. We have done so because the majority of our citizens support it, and because our economic future depends on it. Unfortunately, our voices and the voices of the majority have been have been drowned out by a small, but vocal band of critics.

Most of the critics of this pipeline do not live in eastern North Carolina and do not share a stake in our future. They are the political elites in Raleigh and the environmentalist elites from the Piedmont. Their communities are not desperate for new investment, and their young people are not fleeing in search of jobs and a better life elsewhere. They have all the infrastructure and economic opportunity they could ever need. Instead of congratulating our region on a new chance at prosperity, they seem determined to deprive us of this opportunity.

An example was a letter from mostly Piedmont-area lawmakers sent to the Federal Energy Regulatory Commission urging them to suspend the ACP’s Certificate of Public Convenience and Necessity. Since most of these lawmakers are not from eastern North Carolina, it is not surprising that they do not understand our economic needs. Rather than trying to understand or lending a helping hand to their neighbors, they have chosen to pander to their environmentalist donors.

We are tired of environmental activists and political elites in Raleigh standing in the way of our progress. The people of eastern North Carolina are perfectly capable of determining our own destiny and deciding what is in our best interest. We have decided to embrace the Atlantic Coast Pipeline and the renewed prosperity it promises for our region.

We respectfully urge the Federal Energy Regulatory Commission to allow construction of the Atlantic Coast Pipeline to resume as soon as the project’s permits are resolved in the courts.

Editor’s Note: The beauty of this letter is its straight-forwardness and willingness of pipeline supporters to call out pipeline opposition for what is; condescending treatment of rural areas by big city elites pandering to green special interests. This is precisely the candid sort of talk that’s needed from pipeline supporters. It’s called speaking truth to power.