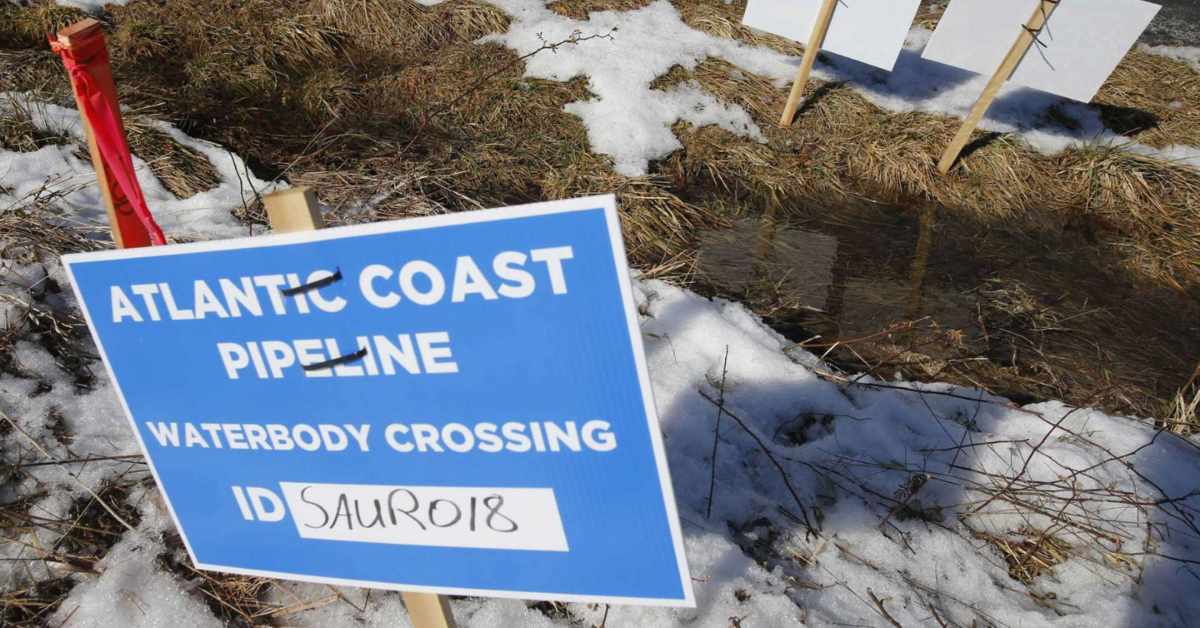 Regulators Get Plan For Undoing The Atlantic Coast Pipeline

The developers of the now-canceled Atlantic Coast Pipeline have laid out plans for how they want to go about unwinding the work that was done for the multistate natural gas project and restoring disturbed land.

In a filing with federal regulators made public Tuesday, the pipeline company proposed an approximately two-year timeline for efforts across West Virginia, Virginia and North Carolina, where progress on the project ranged from uninitiated to essentially complete.

The plan outlines where the company wants to clean up felled trees and where it plans to leave them behind, and it proposes abandoning the approximately 30 miles (50 kilometers) of pipe that was installed in place.

“We spent the last several months working really closely with landowners and agencies to develop the most responsible approach for closing out the project,” said Aaron Ruby, an employee of lead developer Dominion Energy who has served as a spokesman for the joint project with Duke Energy. “And ultimately our primary goal is to complete the project as efficiently as possible, and with minimal environmental disturbance.”

Ruby also confirmed for the first time that the company does not intend to voluntarily release the easement agreements it secured on landowners’ properties.

Asked if there are any plans to sell the easement agreements to a third party such as another pipeline or infrastructure project, Ruby said, “We have no plans to do so at this time.”

Ruby also said the company has no plans to voluntarily compensate landowners who are still in court fighting over the legal fees and other costs they incurred related to the project. On Dec. 18, a federal judge in North Carolina awarded one group of defendant landowners just over $20,000 in fees and costs.

Plans for the 600-mile (965-kilometer) Atlantic Coast Pipeline were first announced with great fanfare in 2014, but it was running years behind schedule. Legal challenges brought by environmental groups prompted the dismissal or suspension of numerous permits and led to delays in construction and ballooning costs that brought the estimated price tag to $8 billion. Building the project was to involve tree removal and blasting and leveling some ridgetops as the pipe, 42 inches (1 meter) in diameter for much of its path, crossed mountains, hundreds of water bodies and other sensitive terrain and burrowed underneath the Appalachian Trail.

Atlantic said in its filing that of the 3,100 parcels of land the project was going to cross, about 2,000 had no ground disturbance or tree-felling work completed on them.

The other 1,100 tracts fall into three categories: 385 had tree clearing and grading of the land underway; about 600 had felled trees that haven’t been cleared; and about 115 have pipe in the ground.

For the first category, Atlantic plans to complete full restoration of the project right-of-way, Ruby said.

For the 600 properties where trees had been cut but not removed, the company will seek to clear some but leave others in place if they are in a sensitive area, such as on a steep slope or in an area that would require the construction of a new access road, he said.

On all properties with pipe in the ground, Atlantic is seeking to abandon that pipe in place, which Ruby said the company thinks will cause the least environmental disturbance. Retiring underground utilities in place is a common practice, he said.

Ruby said the company is “working with several parties” interested in purchasing the rest of the pipe as well as other materials related to the project.

The pipeline partners said July 5 in a surprise announcement that the project was being canceled. In October, the Federal Energy Regulatory Commission asked the pipeline to provide specific details about its planned restoration activities.

Lewis Freeman, executive director of the Allegheny-Blue Ridge Alliance, a coalition of dozens of groups that opposed the project, said he hoped the commission would make Atlantic relinquish the easements upon request as a condition of approving the restoration plan. That’s a request conservation groups made in a filing with the commission in August.

Claudine Ebeid McElwain, a spokeswoman for the Southern Environmental Law Center, said its attorneys were reviewing the plan but didn’t have any immediate comment.

Included in the filing was a list of the various environmental permits that would be required to complete the restoration work, which the company says it expects to complete by the end of 2022.