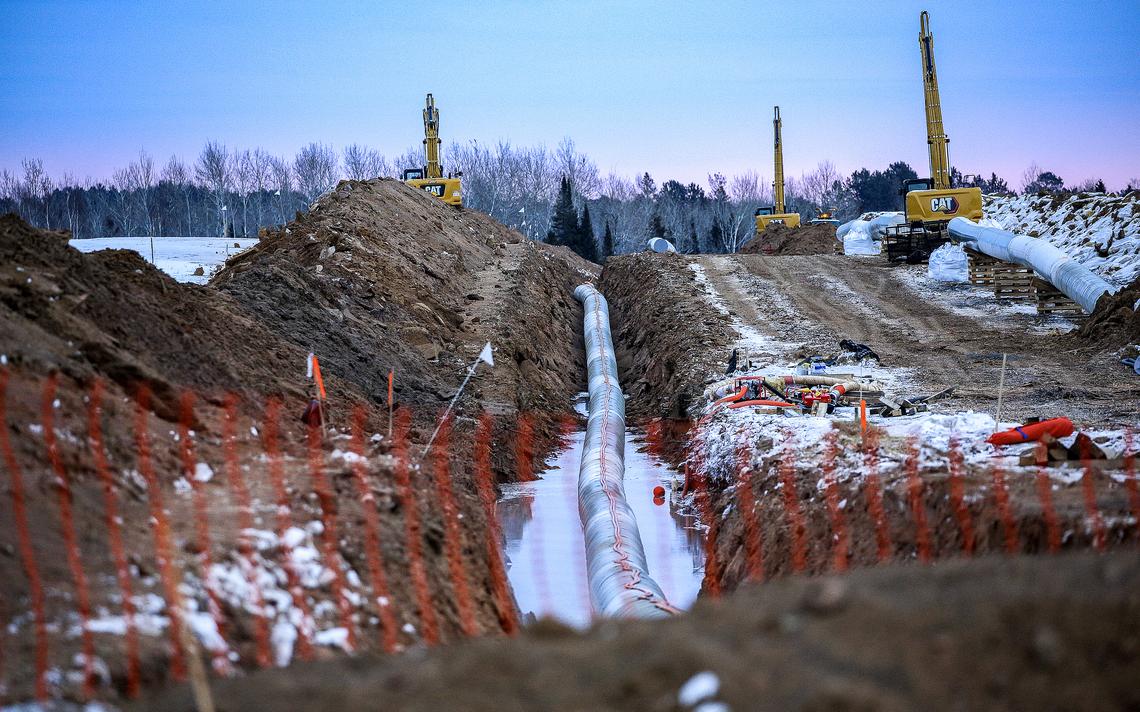 The Minnesota Public Utilities Commission said it lacked jurisdiction and there were not “reasonable grounds” for an investigation.

Minnesota regulators unanimously denied requests to investigate whether Enbridge’s half-built Line 3 oil pipeline across Northern Minnesota is still needed after the company added capacity to its network of existing pipelines.

In October, Honor the Earth, an Indigenous-led environmental group, asked the Minnesota Public Utilities Commission to investigate the company increasing oil moved on its last four years totaling 400,000 additional barrels of oil and the company’s proposed upgrades at its Superior terminal that would boost Lines 4 and 67 by 178,400 barrels per of oil per day.

The five-member PUC said it didn’t have the jurisdiction to investigate because of an ongoing appeal and that there were not “reasonable grounds” for an investigation.

The Minnesota Court of Appeals is separately weighing whether the company used the correct demand forecast in showing the pipeline was actually was needed.

During a meeting Thursday morning, Commissioner John Tuma said he feared any inquiry by the PUC would jeopardize the court’s process.

“My concern is: if we start monkeying around with the record, we could cause a delay at the Court of Appeals,” Tuma said.

On the question of increased oil on Lines 4 and 67, which — like Line 3 — also connect Alberta to Superior, a recertification is only necessary if the company wants to boost capacity by more than 10% of what the PUC approved. Enbridge did not exceed that 10% limit.

Once complete, the 340-mile long pipeline will ferry 760,000 barrels of oil (31.92 million gallons) per day from Alberta, Canada, to Enbridge’s terminal in Superior. It will replace the existing, aging Line 3, which has been operating at half capacity because of safety, and follow a different route through much of the state.

The project has faced stiff opposition from environmental and Indigenous groups that say the pipeline isn’t needed, could lead to a catastrophic oil spill, violates tribal rights and increases reliance on oil at a time when worsening climate change requires a swift transition away from fossil fuels.