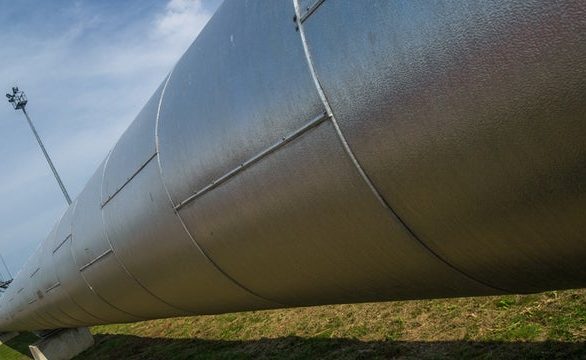 After Pennsylvania’s gas industry celebrated numerous wins under the Trump administration, the same energy officials are now hoping the cancellation of the Atlantic Coast Pipeline over the weekend doesn’t presage a return of forsaking the projects.

Dominion Energy, mainly based in Virginia, and Duke Energy of North Carolina jettisoned the proposed pipeline, citing “the increasing legal uncertainty that overhangs large-scale energy and industrial infrastructure development in the United States.”

For local gas producers and related industries, however, the decision exacerbates the problem of building capacity to move the glut of natural gas out of Pennsylvania and to regions where it’s needed more, like New England.

“When you talk about blocking pipelines, what you’re really talking about is shutting down whole sections of our economy and forcing consumers and businesses to pay the price in terms of higher energy costs,” said Jim Snell with the Steamfitter’s Local 420, which does work on the Mariner East Pipeline and Marcus Hook terminal.

“Opponents realize that natural gas has no value if it can’t get to market, so they’ve shifted their focus from the shale fields to pipelines, investing all their time and money to delay and block energy infrastructure projects,” Snell told Delaware Valley Journal. “You cannot be pro-business, pro-worker, pro-middle class or even pro-environment if you support halting projects that deliver cleaner-burning, low-cost fuel that consumers and manufacturers need.”

The decision over the Atlantic Coast Pipeline also lands just as a federal judge ordered another temporary closure of the Dakota-Access pipeline, feeding concerns that a series of pipeline dominos has begun to fall.

“Federal Judge James Boasberg on Monday created more risk by ordering the Dakota Access pipeline, which has been transporting oil for three years, to shut down until the government completes another detailed environmental review by which time Mr. Biden could be President and will probably pull the plug,” the Wall Street Journal editorial board wrote. “Mr. Biden has promised to revoke Keystone’s permit and is hostile to shale drilling generally.”

Originally, the energy industry thought it had leverage in this year’s presidential campaign on these issues precisely because of Pennsylvania’s importance both as a producer, and in the Electoral College.

Political pundits and strategists thought Biden would walk a moderate line in order to win back some of Pennsylvania’s blue-collar workers — like Snell’s Steamfitter’s members — who are thought to have defected from the Democrats to hand President Trump his unlikely 2016 victory.

But recent state polling shows Biden continuing to pull away from Trump even though the challenger isn’t running much of an outward campaign — a sign that the election could be more of a referendum on the COVID-19 crisis and Trump than jobs and the local economy.

Worries about the scrapping of the Atlantic Coast Pipeline rippled beyond the Delaware Valley.

“While we respect the decision of the project sponsors, we vehemently oppose the kitchen-sink tactics deployed by obstructionists to block construction of major projects in this country,” the Pennsylvania Chamber of Commerce said in a release.

“It bears reminding that similar obstruction to infrastructure development in the Northeast led to New England importing Russian gas, despite nearby Pennsylvania boasting some of the most prolific gas wells in the world.”

Delivering more gas to the New England states has long been a goal of the Pennsylvania gas patch.

An industry report noted that New Englanders paid a steep premium to heat their homes in the 2013-14 record cold winter in spite of abundant nearby gas resources but all because of a lack of pipelines to the region.

One bright spot for the industry was a June decision by the U.S. Department of Transportation finalizing its rules to allow transport of liquified natural gas by rail.

But that method is every bit as politicized and controversial as pipelines and could just as easily be overturned in a Biden administration.