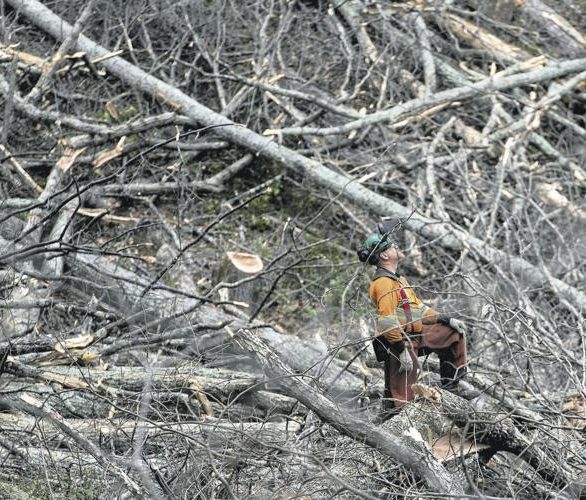 The union construction industry plays a critical role in the American economy, representing not only viable middle-class career opportunities with labor protections, benefits and economic security for American workers and their families. It also provides debt-free registered apprenticeship education for the highest-skilled trade workforce to build and maintain the country’s infrastructure.

North America’s Building Trades Unions (NABTU) bring these pieces together and are thriving. In 2018 alone, our unions gained more than 70,000 active new members, with a net gain of 375,000 active members since the last recession.

Today, large energy infrastructure projects are vital to sustainable job growth for our members and, by extension, our industry partners. These relationships help promote economic development and public safety in communities across the United States. But what happens when these opportunities are threatened by politics and outside special interests? That’s exactly the situation our nation’s critical energy infrastructure, and particularly pipelines, are in.

A prime example is the Atlantic Coast Pipeline (ACP) — a 600-mile natural gas pipeline that was bringing jobs, local tax income and, above all, economic opportunity for rural communities surrounding the project that otherwise have few job creation options.

Earlier this year, NABTU and other unions involved in the project swiftly lost around 4,500 jobs after construction on the ACP came to a halt due to a decision by the 4th U.S. Circuit Court of Appeals questioning the pipeline’s crossing of the Appalachian Trail. The court vacated a decision from the U.S. Forest Service that would allow the pipeline to safely cross hundreds of feet beneath the Appalachian Trail. This decision came after the project already passed through an extensive, four-year environmental review dating back to the Obama Administration. In fact, the ACP already granted necessary rights-of-way by the Department of Interior and the Department of Agriculture. Additionally, more than 50 pipelines are built and operating across the Appalachian Trail for decades now.

It’s an unfortunate reality that the voices of communities and workers that directly benefit from this project have been drowned out by special interest organizations coming from outside regions of the country. We demand answers from Congress as to why the ACP cannot get necessary clarity on permits it rightfully earned during extensive reviews. In many cases, the very same legislators who have cozied up to our membership during re-election years are actively opposing the project and shunning union construction jobs and important infrastructure for America’s energy and economic security. Instead, they are bowing to those who may help pad war chests but do very little to support the workforce that will ensure access to cleaner, affordable energy for the people who need it most.

Congress must provide a clarification as to which regulatory agency has jurisdiction over the Appalachian Trail and Blue Ridge Parkway crossings. Recommended clarification language would authorize the National Park Service to initiate a process to review the right-of-way for the crossings for the ACP. Our unions urge Congress to work constructively and expeditiously to ensure that the ACP, along with similar energy infrastructure projects across the nation, are permitted to be constructed according to the rule of law. Don’t leave your hardworking constituents and America’s highest-skilled trade workforce hanging out to dry in regulatory limbo.