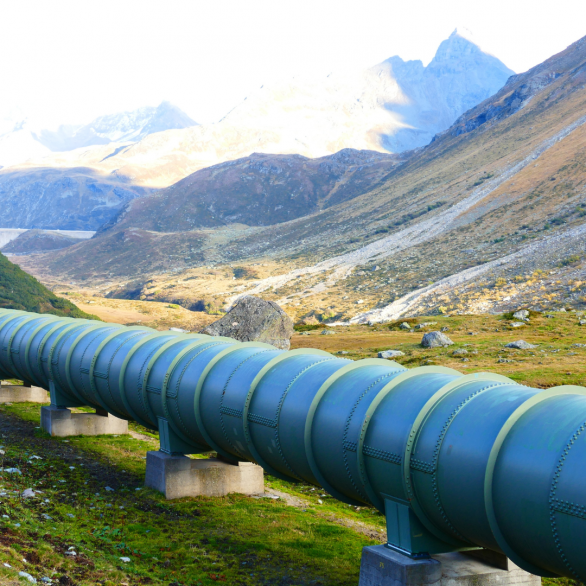 Summit Carbon Solutions is now six meetings into its campaign to reach agreements with landowners along its proposed pipeline route in Minnesota.

He and other Summit Carbon Solutions representatives addressed the Yellow Medicine County Board of Commissioners on Tuesday to discuss the proposed line. The pipeline is projected to run 13.96 miles in Yellow Medicine County and carry carbon dioxide from the Granite Falls Energy ethanol plant. The pipeline route in that vicinity also includes 8.81 miles in Renville County and 26.2 miles in Redwood County.

Overall, the $4.5 billion project is proposed to carry carbon dioxide from more than 30 ethanol plants in five Midwestern states to North Dakota.

The Minnesota portion of the project originally included 154 miles of pipeline, but that will be increased by an estimated 50 miles with the recent addition to the project of the Bushmills Ethanol plant of Atwater The pipeline to serve the Bushmills plant will be connected to the line serving the Granite Falls Energy plant and will require a pumping station, according to the company representatives.

The network will be able to carry 12 million metric tons of carbon dioxide a year from throughout the Midwest for sequestration underground in North Dakota. About 75 percent of the capacity is currently contracted for, according to Caruso.

He told the Yellow Medicine County Board that company officials heard similar themes at the six landowner meetings. Caruso said the meetings made it apparent that the company has not done a good job of explaining the “who and why of the project.”

“We’ve done the when and how and the what, but not the who and why,” he told the commissioners.

He said the meetings also made it apparent that there is a lot of misinformation about property rights. The company does not have the power of eminent domain. It is seeking voluntary easements along the pipeline route in Minnesota.

“One hundred percent voluntary easements, we’re focused on getting those,” said Hill.

The company representatives also heard questions about agricultural impacts and operational safety at the meetings.

Caruso said the company is seeking a 50-foot permanent easement from landowners along the route and a 50-foot temporary easement for construction. The soil must be restored to its pre-construction quality and productivity, and agreements with landowners will include payments for soil degradation caused by the construction.

The company will assume perpetual liability for any drain tile damage that should occur, they told the commissioners.

Caruso said that as a result of the meetings, the company will be working to increase communication with county governments and landowners in the affected areas. It intends to provide quarterly updates to the commissioners.

He said the feedback the company has received from county commissioners to this point has been to encourage more communication.

Commissioner Gary Johnson told the representatives that he had attended the company’s meeting in Granite Falls and felt that his questions had been answered. He said he felt that the company has been doing a better job of being open and willing to work with the public.