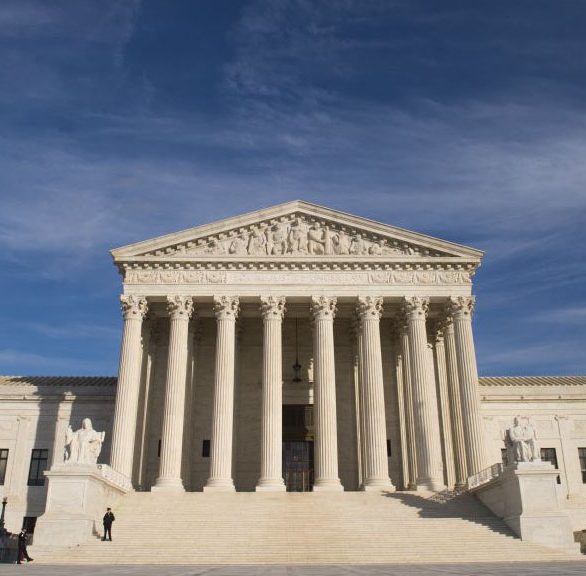 The Supreme Court on Wednesday reinstated, for now, a Trump-era rule that curtails the power of states and Native American tribes to block pipelines and other energy projects that can pollute rivers, streams, and other waterways.

In a decision that split the court 5-4, the justices agreed to halt a lower court judge’s order throwing out the rule. The high court’s action does not interfere with the Biden administration’s plan to rewrite the rule. Work on a revision has begun, but the administration has said a final rule is not expected until the spring of 2023. The Trump-era rule will remain in effect in the meantime.

Writing for the dissenters, Justice Elena Kagan said the group of states and industry associations that had asked for the lower court’s ruling to be put on hold had not shown the extraordinary circumstances necessary to grant that request.

Kagan said the court’s majority had gone “astray” in granting the emergency petition and was misusing the process for dealing with such requests. That process is sometimes called the court’s “shadow docket” because the court provides a decision quickly without a full briefing and argument. The liberal justices have recently been critical of its use.

As is typical, the justices in the majority did not explain their reasoning.

Kagan wrote that her colleagues’ decision “renders the Court’s emergency docket, not for emergencies at all.”

The Biden administration had told the justices in a court filing that it agreed that the U.S. District Court Judge William Alsup lacked the authority to throw out the rule without first determining that it was invalid. But the administration had urged the court not to reinstate the rule, saying that in the months since the Alsup’s ruling, officials have adapted to the change, reverting to regulations in place for decades. Another change would “cause substantial disruption and disserve the public interest,” the administration said.

Alsup was nominated to the bench by President Bill Clinton.

EPA spokesman Tim Carroll said in an email that the agency is reviewing the Supreme Court’s order as well as “moving forward with rulemaking to restore state and Tribal authority to protect water resources that are essential to public health, ecosystems, and economic opportunity.”

LeRoy Coleman, a spokesman for the National Hydropower Association, one of the groups that had sought to halt the lower court judge’s order, said in a statement that the court’s decision will “ensure that the Biden administration properly considers this important rule as it considers changes promulgated by the Environmental Protection Agency less than two years ago.”

The section of federal law at issue in the case is Section 401 of the Clean Water Act. For decades, it had been the rule that a federal agency could not issue a license or permit to conduct any activity that could result in any discharge into navigable waters unless the affected state or tribe certified that the discharge complied with the Clean Water Act and state law, or waived certification.

The Trump administration in 2020 curtailed that review power after complaints from Republicans in Congress and the fossil fuel industry that state officials had used the permitting process to stop new energy projects. The Trump administration said its actions would advance then-President Donald Trump’s goal to fast-track energy projects such as oil and natural gas pipelines.

States, Native American Tribes, and environmental groups sued. Several mostly Republican-led states, a national trade association representing the oil and gas industry, and others have intervened in the case to defend the Trump-era rule. The states involved in the case are: Arkansas, Louisiana, Mississippi, Missouri, Montana, West Virginia, Wyoming, and Texas.