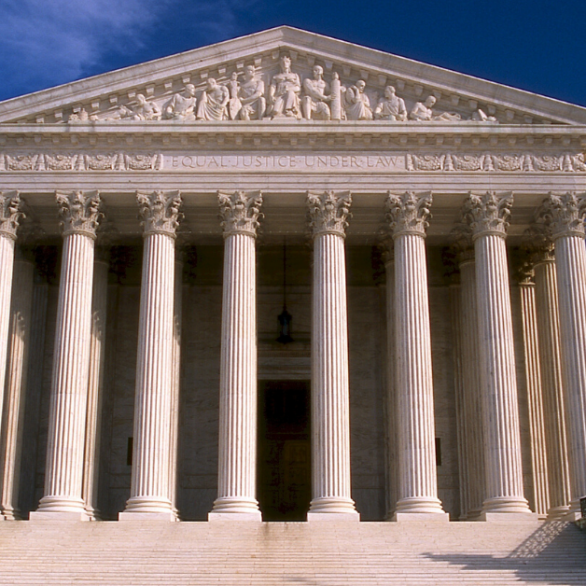 The Supreme Court on Monday removed a major obstacle to the construction of the Atlantic Coast Pipeline, a long-delayed and multibillion-dollar project meant to carry natural gas through some of the most mountainous scenery in central Virginia.

The court ruled that the U.S. Forest Service has authority to grant the pipeline right of way under the Appalachian Trail in the George Washington National Forest.

The 7 to 2 opinion was written by Justice Clarence Thomas. Justices Sonia Sotomayor and Elena Kagan dissented.

The Atlantic Coast Pipeline begins in West Virginia and would cross Virginia before completing its 600-mile path in North Carolina.

It has been delayed as builders contend with a host of setbacks handed down by federal courts. None is more crucial than the question of whether the pipeline may cross under the Appalachian Trail.

Judges from the U.S. Court of Appeals for the 4th Circuit threw out a Forest Service permit in December 2018, saying federal law prohibits any agency from approving a pipeline on “lands in the National Park System.” That includes the trail, the judges said.

The pipeline’s builders, led by Dominion Energy, appealed to the high court, saying the ruling could create an impenetrable wall along the trail’s course, which runs from Georgia to Maine.

“Simply put, there is no basis in any federal statute to conclude that Congress intended to convert the Appalachian Trail into a 2,200-mile barrier separating critical natural resources from the Eastern Seaboard,” the company told the court.

The plaintiffs note that existing pipelines cross the trail at 34 locations.

The Trump administration weighed in on behalf of the project, arguing that even though the National Park Service administers the trail, the land beneath it is controlled by the Forest Service.

Environmentalists opposing the construction argued that no pipeline has been granted a right of way across the trail on federal land since it became part of the park system. Other crossings are on private or state lands or on easements that predate federal ownership.

Trying to separate the land from the trail is an “elusively metaphysical distinction” that “contradicts the government’s own long-standing approach to administering the trail,” the groups told the court in their briefs.

The controversial project that has drawn national attention from environmentalists, including former vice president Al Gore. Approved by the Federal Energy Regulatory Commission in 2017, the pipeline initially was projected to cost about $5 billion but has ballooned in price with multiple delays.

The question of the Appalachian Trail was the most important obstacle for the pipeline, but not the only one. Earlier this year, the 4th Circuit threw out a state permit for a compressor station in a historic African American community in Buckingham County, Va., saying the builders failed to consider whether the facility needed to move the gas along its way would unduly harm a minority group.

And the lower-court ruling on the Appalachian Trail crossing had three other elements that are not part of the appeal to the high court. Those judges also said the permit didn’t comply with mandatory standards for protecting soil, water and wildlife; that the agency didn’t take a hard enough look at landslide and erosion risk; and that the Forest Service rejected alternate routes without fully analyzing them.