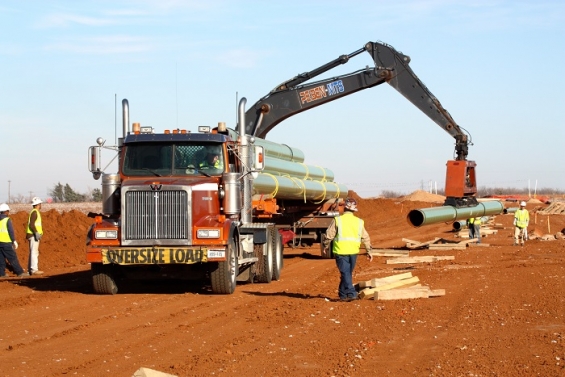 By an overwhelming majority, Teamster local unions representing workers in the growing pipeline construction industry have voted to accept and approve the recently negotiated Teamsters National Pipeline Agreement. The agreement covers more than 4,500 workers nationwide, and will soon be engaged in building several large projects such as Atlantic Coast, Keystone XL, Buckeye Express, Line 3, among others.

This three-year agreement represents a total economic package increase of nearly 12 percent, which is far greater than the non-Teamster trades were able to negotiate.

“We not only negotiated a strong contract with a substantial economic increase, but one that also includes a new per diem allowance and adds new job classifications while enhancing existing classifications,” said Marion “Bubba” Davis, Director of the Teamsters Building Material and Construction Trade Division. “My thanks go to our entire team of negotiators, in particular David LaBorde, who chaired the negotiating committee and whose years of experience in the field gave us true insight into the hard work of our members.”