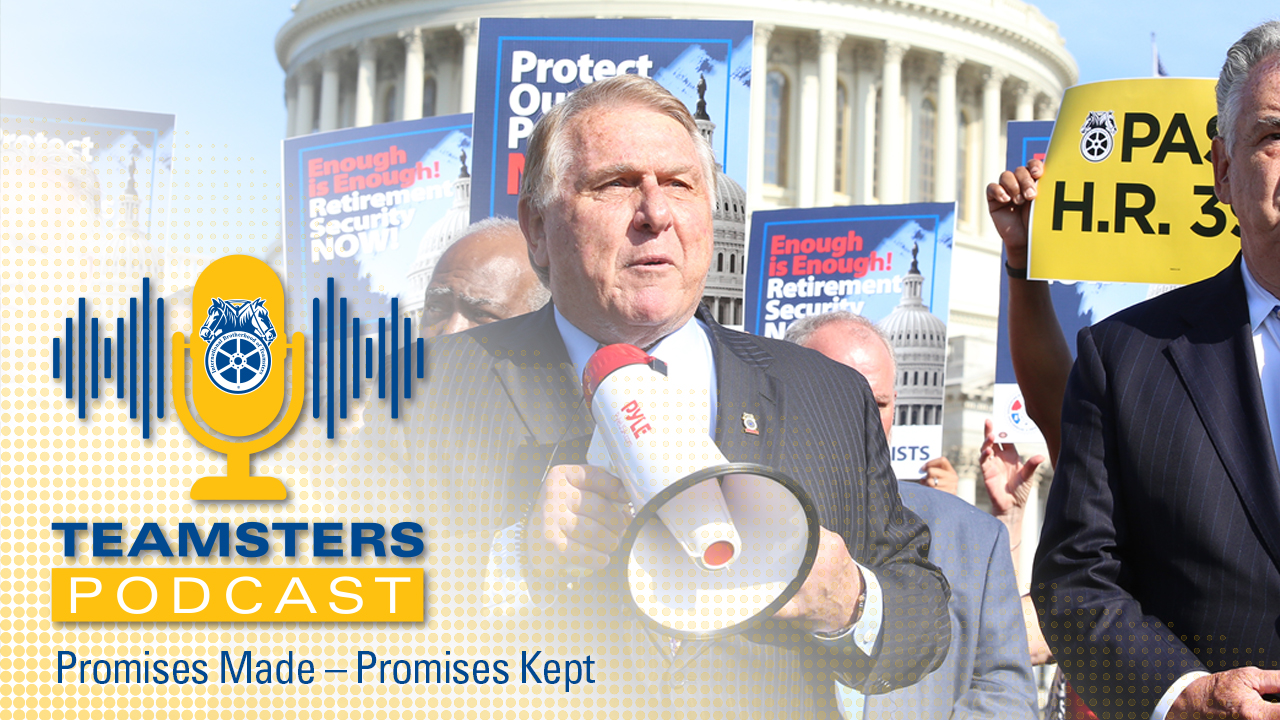 Listen to this special edition of the Teamsters Podcast and hear how President Biden and Congress delivered pension relief to more than 1 million Americans after years of lobbying on the issue by the Teamsters.