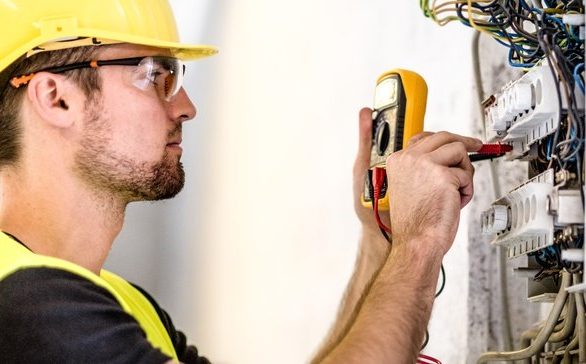 Tech, Stability May Move Gen Z Through The Trades Pipeline

When the COVID-19 outbreak hit the U.S. in March, Associated General Contractors of California was deep into rolling out Build California, a two-pronged campaign to recruit middle and high school students to the trades. AGC aspired to keep up with military recruiters, who are a constant presence at career fairs and on campuses. Officials also launched a multi-platform digital campaign based on a series of focus groups with members of Generation Z, young people born in the mid-1990s through early 2010s.

When school closings made in-person recruitment impossible, ACG seized the opportunity to up its digital game, adding Instagram Live sessions and other online strategies that meet younger generations where they are, according to AGC of California Vice President of Workforce and Community Development Erin Volk.

Construction firms have kept their programs focused on the next generation up and running during this time, too. At Rosendin, one of the nation’s largest electrical contractors based in San Jose, California, managers ran training programs even during the height of the shutdowns. Its apprenticeship for electrical workers barely slowed down thanks to a blended learning program with a strong online component that company leaders implemented in 2018, said David Elkins, vice president of operations.

When the in-person classrooms that trainees attended once or twice a week were shut down, instructors held classes using Zoom and WebEx, and the apprentices were able to advance through the program and graduate.

Industry experts say it’s important to keep the pipeline of young workers open during the crisis. Even though unemployment is at historic levels, enhanced unemployment benefits and workers’ fear of contracting COVID-19 on job sites are making it tougher to fill positions.

As contractors know all too well, a lack of interest in construction work has reached crisis levels in recent years as high school guidance counselors have pushed students toward college and technologically savvy younger generations have rejected manual labor and harsh outdoor work environments.

“COVID or no COVID,” said Steve Judy, president of Judy Construction in Cynthiana, Kentucky, “it’s very difficult to find anyone who wants to work with their hands anymore.”

To young digital natives, the construction industry appears to be stuck in the last century, remarkably slow to adapt to — let alone get creative with — new technologies. But the pandemic has forced construction companies to “take a step back and go virtual” with their training programs, said Gary Clevenger, vice president of commercial risk control for CNA Insurance, “and it seems to be working.”

“COVID made it very clear that we have to run our lives efficiently in virtual ways because every company is moving that way as rapidly as they can move,” said Mitch Hughes, CEO of VIZZ, a property technology company that recently released a digital twins program that provides virtual duplications of physical objects and environments for training and testing of new and potential hires on facilities and equipment from anywhere in the world. With digital twins, trainers can respond in real time as trainees twist nuts and connect wires on the virtual platform before they go out into the field.

Hughes, who owned an engineering firm and a commercial construction company until 2016, said the difficulty he had finding labor is a major reason he jumped ship to the technology side of the industry.

Brian Poage, a construction support manager for software company Raken, said young people aren’t excited about construction because it can’t compare to tech-savvy industries that offer incredible work environments with nap rooms and cold brew on tap. But when the crisis hit, the contractors he works with were able to move all their apprenticeship classes online within a week and were forced to embrace and leverage technologies in ways they never have before.

“When you need to survive, you start changing the way you operate,” said Poage, who worked as a project superintendent at Turner Construction and a construction project manager at WeWork. “In the real world, if you don’t have a kick and a push like the COVID pandemic, the urgency isn’t there. Construction is capable of leveraging technology, but we just need a jump start — and I think COVID has been a really great jump start.”

Clevenger predicts the companies and trades that embrace this shift to the digital realm will end up ahead.

“The ones that didn’t do anything differently or put training programs on hold until they could meet face to face may be losing ground to those that took this as a challenge and moved into a more virtual environment to keep things moving,” he said.

Beyond the use of new technology, there are many other reasons why the industry can be attractive to the next generation of workers, Volk said.

Since the coronavirus outbreak began, most construction projects have been allowed to proceed even as work in other industries, like retail, travel and restaurants has come to a standstill. This is appealing to many young workers.

“The cool thing about Gen Z in comparison to millennials is that they’re very focused on job security and stability and not convinced college is the only path to get there,” said Volk. “Construction was deemed essential during COVID, and we need to capitalize on that — it reinforces how stable construction careers in the industry can be.”

“In a time when everything else feels very insecure, we’re a bit of a shelter in terms of career exploration,” she said. “I’m hoping that plays well for us.”