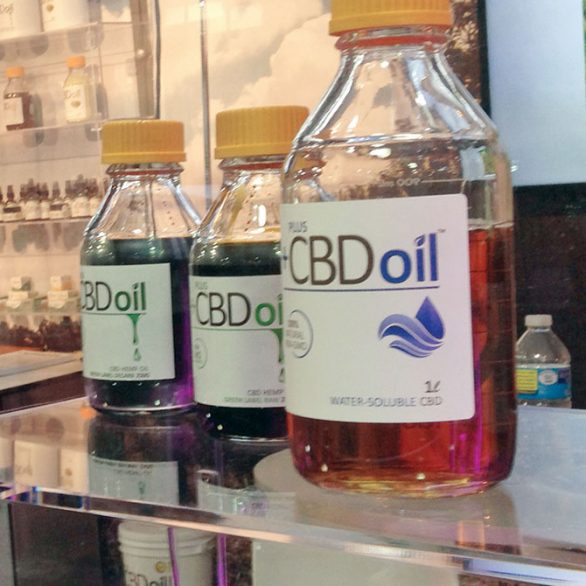 The U.S. Department of Transportation told truck drivers use of CBD oils would be at their own career risk.

Although a measure signed into law by President Donald Trump in December 2018 makes industrial hemp legal, the use of cannabidiol, or CBD, can be a trap for truck drivers. CBD products are too often mislabeled and can contain higher concentrations of tetrahydrocannabinol, or THC, the intoxicating substance in marijuana.

A higher concentration is assumed to be marijuana that can be detected in a DOT drug test for truck drivers and other safety-sensitive transportation workers from aircraft pilots and school bus drivers to train and transit vehicle operators.

“When I think THC, a lot of people think, marijuana,” Lenhard said. “They might not realize that hemp also has THC in it.”

Marijuana and hemp are both of the same plant species, Lenhard told MCSAC members. “However, marijuana has a lot more THC,” she said.

One of the major differences is that in marijuana most of the THC content is in the plant’s bud, while the THC in hemp is found mostly in the plant’s leaf.

CBD oil, plentiful nationwide, is a substance some believe effectively treats maladies such as anxiety, cognition problems, movement disorders and pain. Although many users have sworn that the oils help provide relief, there has been no scientific research to verify whether they are effective.

The potential problem for truck drivers is that they are not permitted to even use marijuana, much less drive under its influence.

If a driver using CBD tests positive for marijuana, which generally is detectable in a drug test for 30 days, he or she cannot use the excuse that they used CBD oil.

“The U.S. has been inundated with top CBD products that offer benefits from helping asthma, helping your back, making you happy or curing cancer,” Lenhard said. “But the Federal Drug Administration warns that there is limited scientific data about CBD medical claims and are of unknown quantity of CBD and THC.”

“FDA does not currently certify the safety or the levels of THC in CBD products,” Lenhard said. “The FDA cautions that consumers should beware purchasing any CBD products.”

The FDA has stated it is currently illegal to market CBD by adding it to a food or labeling it as a dietary supplement, Lenhard said. Also, the FDA has issued several warning letters to companies because their products contained more CBD than indicated on the product label.

Lenhard said that her office is still getting calls daily from drivers who tested positive after using CBD that they thought was safe.

She added that for truck drivers, the DOT drug-and-alcohol testing regulation does not authorize the use of Schedule 1 drugs, including marijuana, for any reason — and CBD use is not a legitimate medical explanation for a laboratory-confirmed marijuana positive result.

If a driver tests positive for marijuana, even if only from CBD use, the result will likely be serious.

The medical review officer will notify the employer, and the driver’s name will be put on the FMCSA Drug and Alcohol Clearinghouse, where it will remain on a driver’s record for five years.

The driver will have to go through a substance abuse professional program, pass a directly observed return-to-duty drug test and submit to six directly observed follow up tests over 12 months. In addition, the employee may have to pay for some or all of the program out of pocket.

“It really is the wild, wild west with these products,” Lenhard said. “And it really is buyer beware.