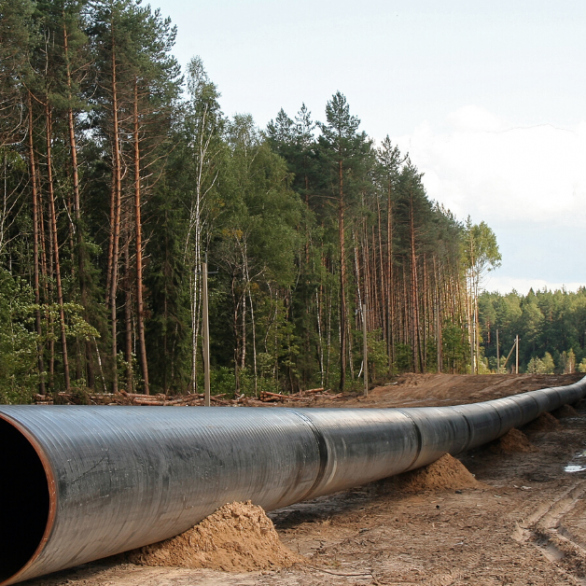 The Trump administration has asked the U.S. Supreme Court to revive a permit program that would allow the disputed Keystone XL pipeline and other new oil and gas pipelines to cross waterways with little review.

The permit program, known as Nationwide Permit 12, allows pipelines to be built across streams and wetlands with minimal review if they meet certain criteria.

Canadian company TC Energy needs the permit to build the long-disputed pipeline from Canada across U.S. rivers and streams. Industry representatives said U.S. District Judge Brian Morris’ ruling blocking the program could also delay more than 70 pipeline projects across the U.S. and add as much as $2 billion in costs.

Morris ruled that Army Corps officials in 2017 improperly reauthorized the program, which he said could harm protected wildlife and wildlife habitat.

On Monday, U.S. Solicitor General Noel Francisco asked the Supreme Court to do what the 9th Circuit court wouldn’t: block Morris’ ruling and let the permit program operate again while the lawsuit plays out in court.

The government’s application to the court says Morris shouldn’t have blocked the program, the which has been in effect since the 1970s, and the Army Corps and private companies “rely on it for thousands of activities annually,” the solicitor general wrote.

“The district court had no warrant to set aside NWP 12 with respect to Keystone XL, let alone for the construction of all new oil and gas pipelines anywhere in the country,” Francisco wrote.

One of the plaintiffs in the lawsuit, the Center for Biological Diversity, said in a statement that the Supreme Court should reject the Trump administration’s request.

“Pipelines like Keystone XL are a disaster waiting to happen,” senior attorney Jared Margolis said in the statement.

In May, TC Energy built the first piece of the disputed oil sands pipeline across the U.S. border. But with Morris’ ruling on the permit program, it would be difficult for the company to complete the $8 billion project.