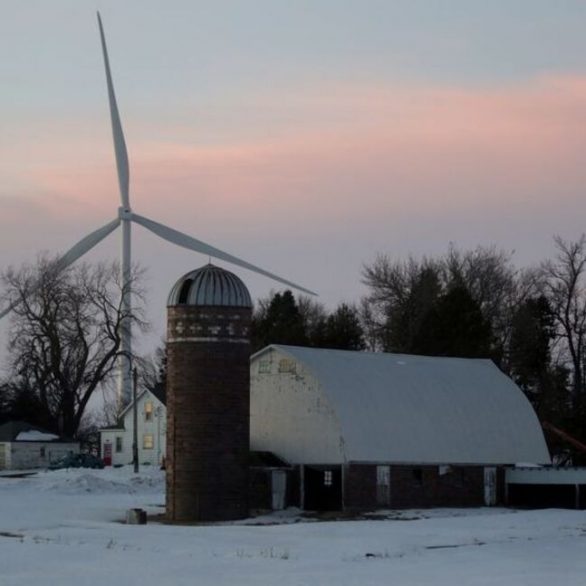 Landowners in Iowa have been slow to cede their property rights to a 2,000-mile (3,219 km) proposed carbon dioxide pipeline that would cut through the U.S. Midwest, an analysis by Reuters has found.

Summit Carbon Solutions said last month it had negotiated easements with hundreds of landowners along the pipeline route, marking a major advance for what it hopes will become the world’s largest carbon capture and storage (CCS) project.

But in Iowa, the state that would host the largest section of the proposed line, the company has reported just 40 land easements, covering just 1.9% of its 703-mile traverse, according to a database maintained by the Office of the Iowa County Recorder and analyzed by Reuters.

The discrepancy raises questions about Summit’s progress in securing a route for the $4.5 billion project, dubbed the Midwest Carbon Express, which would transport carbon dioxide siphoned from ethanol processing facilities in five Midwestern states to North Dakota for underground storage.

The company says the project will create jobs and combat climate change by helping biofuel producers to decarbonize. But many landowners worry the project could also damage farmland and impact human health in the event of a leak, according to Reuters interviews and a review of public comments filed with state regulators.

If Summit fails to secure a route through voluntary agreements with landowners, it would have to resort to using eminent domain, a controversial legal tool that allows the government or its agents to take over land for the public interest.

On Feb. 1, Summit issued a news release in which its CEO, Bruce Rastetter, said, “we’ve had early success signing hundreds of pipeline easements with farmers who have a vested interest in our success.”

But as of Feb. 22, the date of the most recent available filings in Iowa, Summit had recorded only 40 easements containing 68 tracts of land and covering 13.6 miles of the pipeline route, according to the data reviewed by Reuters.

The four other states along the pipeline’s route – Nebraska, South Dakota, North Dakota and Minnesota – do not publish statewide easement records.

Asked to explain the discrepancy between its public statements and the land records, Summit told Reuters that the Iowa database does not reflect the most recent easement total due to administrative and other delays.

The company said it has paid over $17 million to landowners along the pipeline route so far, and that negotiating the rest of the route will take a year or more.

“Summit Carbon Solutions has already signed on several hundred parcels of land along the Iowa route, and many more across the five-state footprint of the project,” said Chief Operating Officer Jimmy Powell.

While Summit is not legally required to file the easement records, the filings protect the company from a future buyer or renter of the land claiming they were not aware of the easement and challenging it, said Wally Taylor, an environmental attorney who represents the Iowa chapter of the Sierra Club, which is opposed to the pipeline.

“You’d think they’d want to record these to prove what they’re saying,” he said.

Approval in Iowa is particularly significant to the project because the state produces a quarter of the nation’s corn ethanol, a fuel blended into gasoline. The Summit pipeline promises to drive down ethanol’s carbon intensity and make it a more competitive climate-friendly fuel.

Don Tormey, spokesman for the Iowa Utilities Board which handles pipeline permitting, said there have been approximately 868 public comments filed about the Summit project in the state.

Tormey said the IUB does not track the number of supportive and opposing comments, but a Reuters review of the comments found that the overwhelming majority – 98.9% – are opposed to the pipeline.

Many landowners are concerned that the pipeline would reduce their land value, damage underground drainage systems and present a safety risk in the case of leaks. They also object to Summit’s potential use of eminent domain.

“When you have a large number of landowners refusing to sign easements, that should send a loud message that this project is not wanted,” said one recent comment.

Summit has said it will restore the land over the pipeline to its prior condition and compensate landowners for the first three years of reduced crop yields.