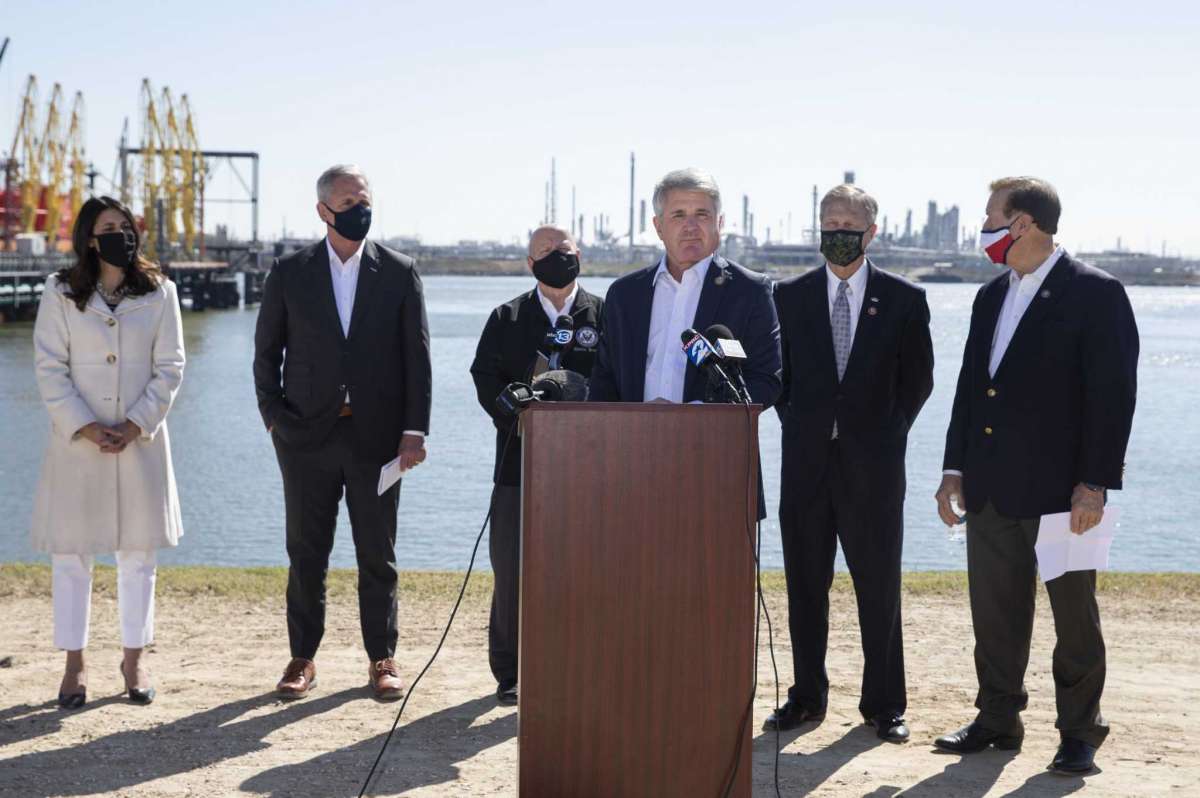 Congressman Michael McCaulm, R-Texas, and other members of the Houston-area delegation visited the Ship Channel on Tuesday to meet with energy workers and address their concerns regarding President Biden’s energy plans.

McCaul, whose 10th Congressional District encompasses Katy and much of west Houston, spoke out against the new energy plan, which will have a major impact on District 10’s economy, he said.

“If President Biden took the time to meet with the hardworking men and women in the energy industry, like we have today, he would come to understand how devastating his policies are to their livelihoods,” McCaul said. “By ending job-creating projects like the Keystone Pipeline, the Biden Administration is presenting a gift to adversarial states, like Russia and China, and the OPEC cartel while wiping out American jobs and damaging our relationship with Canada.”

Among the attendees from the oil field were representatives for Price Gregory, a pipeline contract company based in Katy.

In October, TC Energy selected Price Gregory to construct two spreads of large diameter in the Keystone XL pipeline in Nebraska and South Dakota across a span of approximately 150 miles.

The project would create an estimated 1,200 new jobs from construction and would boost local economies along the pipeline, a representative for Price Gregory said. Construction was set to begin this summer with a completion date in 2022.

The damage is about more than just jobs, energy companies argue. Halting the pipeline will slash tax revenue across the board.

According to TC Energy, in addition to a total of 10,000 direct jobs created in the U.S., the Keystone XL Pipeline was expected to contribute approximately $55 million in property taxes in the first year of operation alone.

Overall, completion of the project was estimated to deliver $3.4 billion in economic benefits to the U.S.

Rachel Walker, public relations representative for McCaul, added that Texas is the lead producer of natural gas and oil, and the industry supports nearly 350,000 jobs in the state.

“According to recent reports, the U.S. is set to become the top exporter of oil and natural gas. Policy changes to roll back production could hinder supply and only increase our country’s dependence on OPEC,” she said.

“The president’s recent executive orders show blatant disregard for our economy and national security,” McCaul concluded. “The U.S. is on the brink of becoming a leader in exporting fossil fuels, and this will only set back our energy independence, leaving us vulnerable to the inevitable malign attempts of our adversaries.”