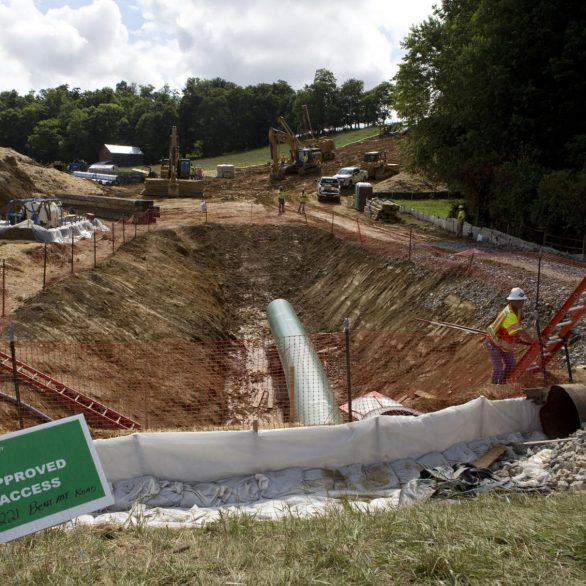 A U.S. judge on Monday revised a recent court ruling that threatened to hold up thousands of utility projects crossing streams and wetlands, but left in place a requirement for new oil and gas pipelines to undergo further environmental review.

The ruling from U.S. District Judge Brian Morris means the U.S. Army Corps of Engineers can again use a disputed permitting program to approve electrical lines and other utility work through streams and wetlands. Maintenance and repair work on existing pipelines also would be allowed, but not construction of new pipelines.

“We got what we asked for, so from our position this is great,” said attorney Jared Margolis with the Center for Biological Diversity. “Constructing pipelines through rivers, streams and wetlands without analyzing the impacts on imperiled species is unconscionable.”

The Army Corps program, known as Nationwide Permit 12, was blocked by Morris last month. In a lawsuit over the Keystone XL pipeline, the judge sided with environmentalists who argued companies were using the program to skirt water protection laws and ignore the cumulative harm from thousands of stream and wetlands crossings.

Attorneys for utility industries and the government said Morris’ original ruling hampered thousands of construction projects across the U.S. They urged him to reconsider.

In response, Morris agreed to limit the scope of his ruling but stopped short of a full reversal. He said the Army Corps “committed serious error” in failing to adequately consult with wildlife agencies before reauthorizing the permitting program in 2017.

A spokeswoman for the gas industry said the ruling would quickly be appealed.

“Arbitrarily singling out certain new projects only prolongs the highly disruptive nature of this order,” said Amy Conway with the Interstate Natural Gas Association of America.

She said the permit program allowed projects to be reviewed efficiently “with minimal environmental impacts.”

The Army Corps has broad jurisdiction over U.S. waterways. It uses the blanket permit to approve qualifying pipelines and other utility projects after only minimal environmental review.

Since Nationwide Permit 12 was renewed three years ago it has been used roughly 38,000 times, according to federal officials.

Industry supporters describe the program as crucial for timely decisions on projects that can stretch across multiple states and cross hundreds of water bodies. Analyzing each of those crossings would be costly and is unnecessary because most involve little disturbance of land or water, they said.