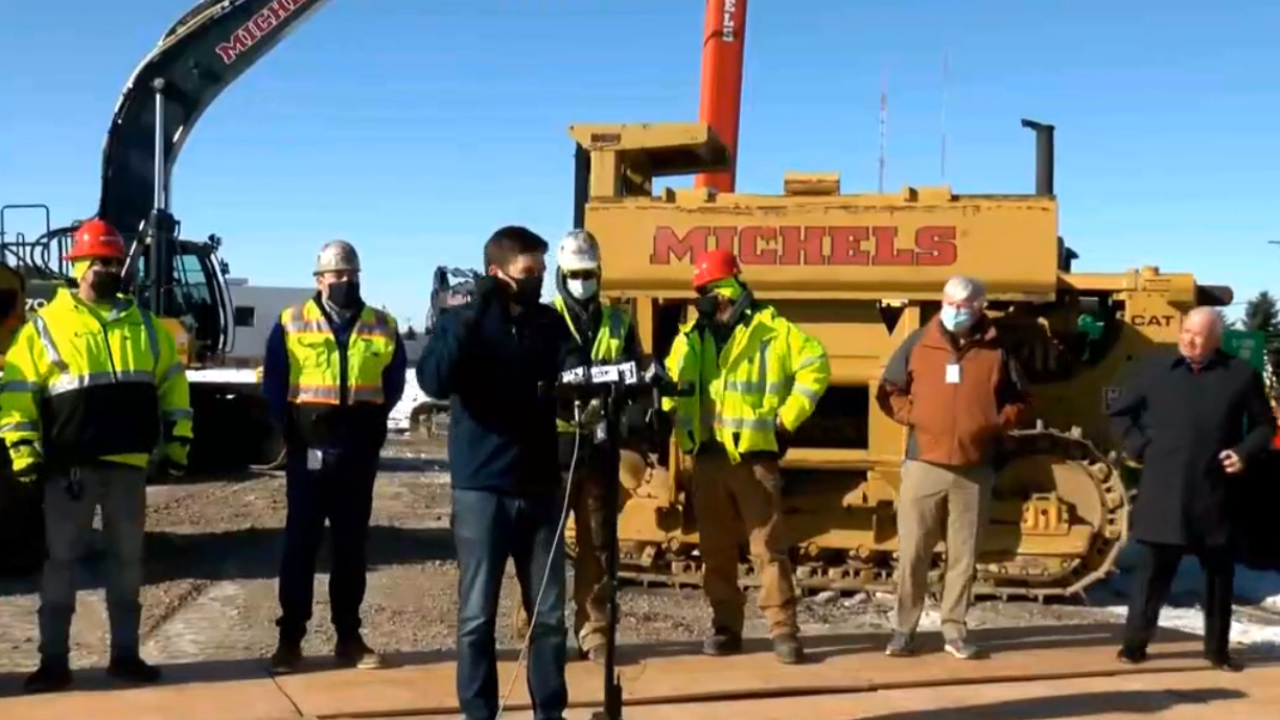 Three Republican Wisconsin Congressmen joined the backlash against the White House’s decision to halt the Keystone pipeline project, claiming that “hundreds” of Wisconsin workers are losing their jobs as the massive and controversial construction project ground to a halt this week.

The decision to revoke the permit allowing construction of Keystone XL was one of the first executive orders signed by incoming President Joe Biden, leading to praise from environmental groups but heavy criticism from proponents of the oil and gas project, including three of Wisconsin’s representatives in Congress.

Over 1,000 jobs connected to the Keystone project will be eliminated in the coming weeks, Keystone XL President Richard Prior said earlier this week. “Hundreds” of those jobs being eliminated are held by Wisconsin workers, the Republican Congressmen claimed Friday.

“I find his decision disgusting. Hundreds of Wisconsin workers lost their jobs because of what Joe Biden did. He needs to reconsider this action and put Wisconsin workers back to work,” Rep. Steil told reporters.

A general manager for Michels at the briefing also said that hundreds of workers have been laid off, and “a lot of them live in Wisconsin.”

The Keystone pipeline was to stretch 1,700-miles between Alberta, Canada and the Texas Gulf Coast, cutting through the states of Montana, South Dakota, Nebraska, Kansas and Oklahoma. The pipeline was planned to carry about 800,000 barrels of oil a day.

Rep. Grothman focused on the potential repercussions of the decision on the U.S.’s largest trading partners and neighbors, Canada and Mexico.

“It is so important we have good relations with the both of them,” Grothman said. “I’m sure Canada thought this was a done deal. This is part of their economic development. And on day one, Biden comes out of the chute and pops Canada right in the face. Amateur night at the White House, I’ll tell you that.”

The pipeline was first proposed in 2008, and soon became a symbol of the tensions between economic development that relies on traditional sources of energy like gas and oil, and the effort to curb fossil fuel emissions causing climate change.

Rep. Fitzgerald used his several minutes at the press briefing to call for a legislative push to revoke President Biden’s executive order shutting the pipeline down.

“I’m hopeful not only by being here today but I think other elected officials – whether at the state legislative level or in Congress – that is where the answer is to reverse this,” he said. Fitzgerald also called on Democratic lawmakers in Wisconsin to urge the White House to reverse the decision.

Critics of the pipeline say that operations in Alberta’s oil sands increase greenhouse gas emissions and threaten the province’s environment. But Rep. Steil said those fears are overblown.

“The environmental concerns are very misleading to a lot of people,” Steil said. “The oil and gas are still going to be transported into the United States of America. It’s going to be done by rail – a less efficient way of moving gas, with greater risk to the environment from rail accidents.”

“This is a vindication of 10 years defending our waters and treaty rights from this tar sands carbon bomb,” Dallas Goldtooth, a member of the Mdewakanton Dakota and Dine nations, told The Guardian. “I applaud President Biden for recognizing how dangerous KXL is for our communities and climate and I look forward to similar executive action to stop DAPL and Line 3 based on those very same dangers.”

Outside of the statements from the Wisconsin legislators, it is unconfirmed how many Wisconsin workers will lose their jobs in connection to the cancellation of the Keystone pipeline.