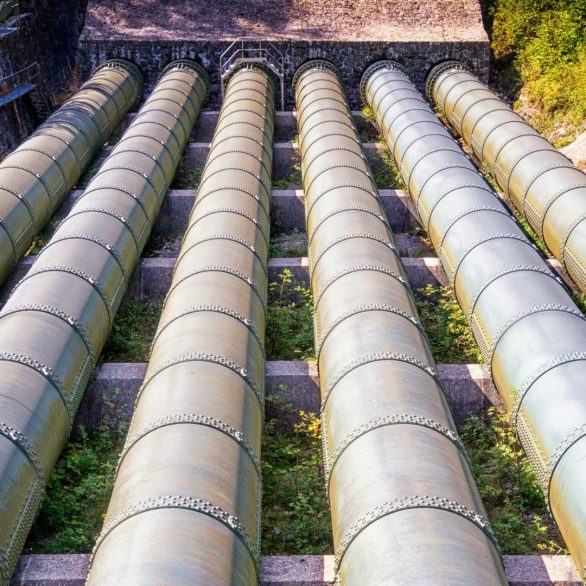 Would CO2 pipelines be ‘life or death’ for Iowa’s ethanol industry?

The leader of the Iowa Renewable Fuels Association says whether carbon dioxide pipelines are approved in the state will be the difference between “life or death” for Iowa’s ethanol industry.

If the Iowa Utility Board approves CO2 pipelines proposed for the state, dozens of Iowa ethanol plants will offload emissions, lower their carbon intensity scores and qualify for new federal tax credits, Monte Shaw told about 70 people gathered at the University of Iowa College of Law on Monday.

But if the board votes down these proposals, Iowa’s ethanol plants won’t qualify for tax credits and will struggle to sell their fuel in some states with low-carbon fuel standards. Shuttered plants means corn growers will have to ship their corn to ethanol plants in other states, he predicted.

“We’re not going to stop producing the same amount of ethanol. It’s just going to be produced somewhere else,” Shaw said at a panel discussion about carbon capture and sequestration.

Companies that get permits stand to gain billions of dollars in federal tax credits granted because some scientists think carbon sequestration may help reduce the impact of climate change.

Wally Taylor, an attorney for the Iowa chapter of the Sierra Club, agrees the pipelines are a lifeline for the ethanol industry, but one he’d like to see severed. If ethanol wants to tap into tax credits, the industry should reduce emissions through changes in its production process.

“We need to look at agriculture in a different way to really get at addressing climate change,” he said.

1. Who has authority over where a CO2 pipeline would be built?

The answer is state agencies, like the Iowa Utilities Board. The federal government delegates that authority to the states, but many states usually require permitted projects to adhere to federal safety standards.

2. Who makes sure a CO2 pipeline is operated safely?

The answer is the Pipeline and Hazardous Materials Safety Administration.

Jessica Wiskus, a Linn County landowner running for Iowa Senate District 42, said she thinks the permitting process should wait until after the federal government completes a rule-making process to update standards for CO2 pipelines. That review is supposed to be done in 2024, she said.

The new rules were ordered in May following a 2020 explosion of a CO2 pipeline in Satartia, Miss., that sent dozens of people to the hospital.

“Why are CO2 pipelines being built in Iowa before the necessary safety studies are being completed?” Wiskus said.

Elizabeth Burns-Thompson, vice president of government and public affairs for Navigator — which filed its permit application with the Utilities Board last month — said her company would closely monitor the safety of the pipeline after its built.

“There’s a misconception that if we build this, somehow we skirt having to comply with rules that change down the road,” she said. “If PHMSA changes the rules, we, as an operator, have to bring that system into compliance.”