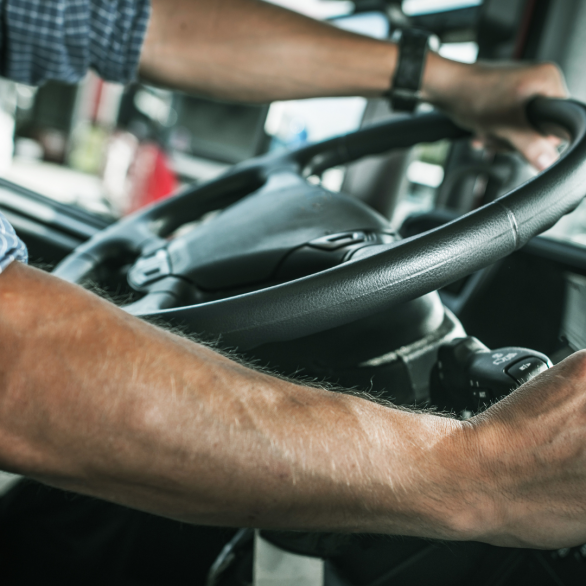 More than 250 misclassified port truck drivers in Southern California have been ruled company employees who have the legal right to organize for better wages, benefits, and working conditions.

That ruling was made by the Region 21 office in Los Angeles of the National Labor Relations Board ruled late Monday.

The employees work for STG Cartage LLC, doing business as XPO Logistics. The company is the former XPO Logistics intermodal division that STG Logistics announced acquiring in March 2022. The push to unionize predates the announced sale of the division.

Though drivers had signed independent owner contracts and owned their trucks, the NRLB regional office ruled the company’s level of control made them more employees than independent contractors. There were 213 owner-operators affected by the initial unionization drive and 49 second-seat drivers, who were paid by the owner-operators.

Ballots are expected to be mailed to the employees on June 23 and counted on July 15.

The decision marks the first time an election has been ordered for port truck drivers who are misclassified as independent contractors when they are employees, according to a news release from the International Brotherhood of Teamsters. The ruling could potentially pave the way for other port drivers and other misclassified workers in other industries to be properly classified as employees of the companies that employ them, according to the Teamsters.

The NLRB used the 10-factor test from a 2010 NLRB case known as SuperShuttle DFW. Control is a key factor. The board found that STG/XPO has nearly complete control over the work done by owner-operators and the second-seat drivers. That control includes determining who gets what loads and strict oversight over the work performed.

Misclassifying workers as independent contractors is used by employers to deny wages, paid health care, retirement benefits, and the right to unionize, the Teamsters said.

“Companies like XPO/STG have long hidden behind the independent contractor model so they can rob workers in the shadows. This has to be called out and it must end on a global scale. This ruling may finally be the light that exposes such corruption and puts a stop to it,” Sean M. O’Brien, Teamsters general president, said in the news release.

The independent contractor model hasn’t been beneficial to port workers, Eric Tate, port coordinator for the Teamsters Freight Division and secretary-treasurer of Teamsters Local 848, said in the news release.

“These port truck drivers are worked to the bone for little pay, few benefits, and even fewer rights on the job — all so the profits can keep funneling up to the top,” Tate said.

Monday’s ruling differs from previous federal and state decisions that recognized drivers as employees because it orders a union election for drivers in a unit made up of truck owner-operators and drivers who do not own their trucks. It affects drivers at two California facilities in Commerce and San Diego.

These XPO port truck drivers in October 2021 settled a $29.5 million class-action lawsuit for claims based on their being misclassified.

The Teamsters this year filed unfair labor practice charges against XPO/STG to win the right for the port drivers to unionize.

Part of a 48-location network

When STG Logistics announced acquiring the XPO intermodal division, it reported it was North America’s third-largest provider of containerized transportation services, providing intermodal drayage and rail brokerage services for retailers, manufacturers, third-party logistics providers, and other customers, according to a March news release. The network has 48 locations, 11,000 containers, 2,200 tractors, and 5,200 chassis. The division was formed through XPO’s purchase of Pacer in 2014 and Bridge Terminal Transport in 2015. LL